With 2022 now upon us, it provides the opportunity for us to all catch our collective breaths and after a sensational end to the 2021 Formula One season, a period of rest and relaxation will be rather welcomed.

Because if it was frenetic for those watching around the globe, it was undoubtedly tense for those who were involved and with two title protagonists pushing each over all the way, only one could eventually be crowned champion.

Going into the final race of the 2021 schedule at Abu Dhabi, racing fans were treated to a scenario that had only been witnessed once before in the sport and one that happened back in Formula One’s earliest years.

A scenario that saw both Max Verstappen and Lewis Hamilton tied on points before the final round of the championship and with absolutely nothing to split the two men, the stage was set for an incredible race.

One that not only saw a frenzy of activity on the track, but also on betting platforms around the world and with New York sports betting apps now being cleared to launch, Formula One fans in the Big Apple would be able to place a bet on the winner.

Which meant after nearly a year of wheel-to-wheel racing between Mercedes’ and Red Bull’s best, it would come down to who would take the chequered flag first and although there are 18 other cars on the grid, only two had a genuine chance of race victory that weekend.

A chance that would have increased for Max Verstappen, as the Dutchman took the all-important pole position for Sunday’s race day and with Lewis Hamilton sharing the front row, all eyes were on the first set of corners. 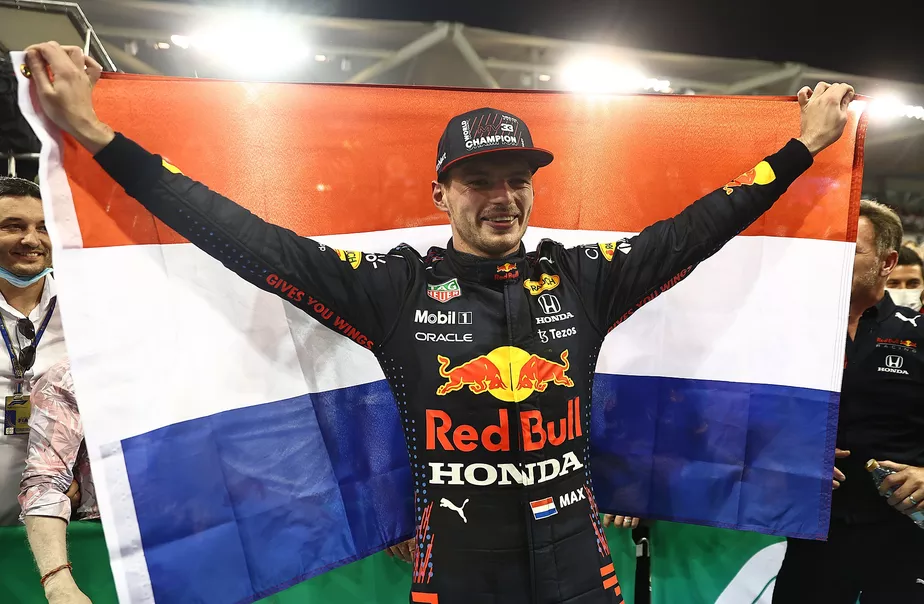 It would be these twists and turns which would dictate the early tempo of the Abu Dhabi Grand Prix and were the two title rivals to collide and subsequently retire, it would be Verstappen who would be crowned 2021 champion by virtue of more wins in the year.

Thankfully, the Senna/Prost style shunt was avoided, although it was not without controversy and with the two men doing their very best to avoid each over, it was Hamilton who took a shortcut over one of the first corners.

Viewed as a smart move by some quarters and illegal by others and with the FIA stewards deeming that the seven-time and defending champion had done enough to hand back any advantage, it was the Mercedes pilot who found himself in front with no further punishment.

Which meant the balance of championship power was definitely turning in Mercedes’ direction and although Red Bull tried different strategies in order to give their man fresher tyres, it looked as if a seven-time champion would become eight.

With just a handful of laps remaining, Red Bull boss Christian Horner suggested that the ‘racing gods’ would have to shine on him and his colleagues and although it was something of a Hail Mary, his prayers were soon answered.

An answer that came in the form of a Nicholas Litifi crash and with the Williams strewn into the barrier, it meant that the Safety Car would be deployed with just a handful of Abu Dhabi laps remaining.

This would mean that Hamilton’s earlier advantage would be seriously eroded and a tense finish to the race awaited. However, the Mercedes team were comfortable in the knowledge that a handful of lapped cars were between the race leader and the man in second who was chasing him down.

See also  LIVE: Anderlecht should try to force qualification in overtime after excitement against Young Boys | European League of Conferences 2022/2023

That was until the FIA’s Michael Masi decided that those lapped cars should be allowed to overtake the Safety Car and in doing so, it meant that the two rivals would race for the 2021 Driver’s Championship in a one-lap shootout.

Protestations from the Mercedes garage, jubilation in the Red Bull equivalent and with Verstappen being placed on much newer and fresher tyres, he was ready to gobble up a despairing Hamilton in front of him.

While gobbling him up is exactly what he did and as the son of Jos Verstappen left his Mercedes nemesis in his wake and took the Abu Dhabi Grand Prix chequered flag, it would be he who would be crowned the champion of 2021.