Intel released its first gaming video card in China a week ago. In the meantime, benchmarks from independent reviewers have also emerged, showing that the Arc A380 beats the Radeon RX 6400.

For example, a video review by user Bilibili Shenmedounengce shows that Intel’s entry-level card performs well on synthetic benchmarks, but falls short in games. The A380 is up to 41.6% faster than its AMD counterpart in 3DMark Time Spy, while the RX 6400 performs 23% better in six games. In PUBG, the RX 6400 is about 12% faster, which is 33% more in the case of League of Legends. 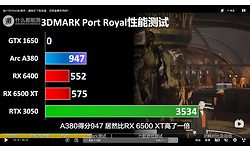 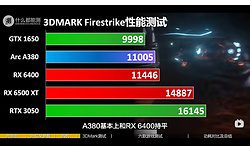 Figures from MyDrivers show the same difference in terms of 3DMark, although the difference between the two budget GPUs is less in games: the RX 6400 is on average 9% faster than the A380 at thirteen titles. The Green Camp GTX 1650 also offers 11% better performance. The Intel card is 30% more powerful than the older GTX 1050 Ti card. 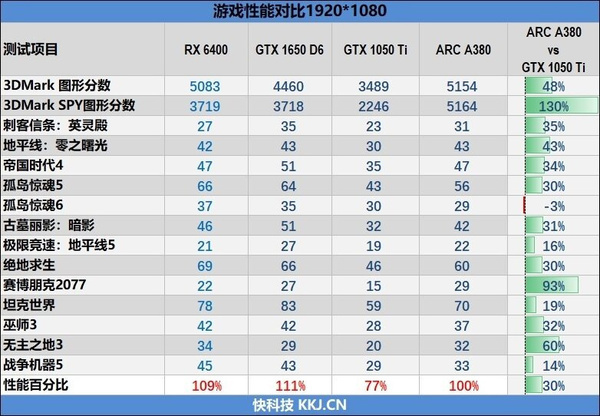 Furthermore, another Bilibili video shows that the Arc A380 performs poorly when paired with a Team Red CPU. The test system with a Core i5-12400 score on average 8% better than the configuration with the Ryzen 5 5600, in Forza Horizon 5 and Total War: Three Kingdoms the difference increases to 14 and 15 percent, respectively. This is great, given that the processor shouldn’t be a bottleneck at this level of performance – even at 1080p.