On Monday, Proximus will go public about how aggressively it has cut its dividend.

What does Proximus say about its earnings on Monday? At the end of 2020, Proximus was in the newspaper’s dividend overview the time It is still in second place, after Telenet but ahead of the National Bank. After all, Belgian investors love dividend stocks. But this is not without danger.

Meanwhile, Telenet cut its dividend by two-thirds, halving its stock price. The National Bank even cancels the dividend while the share price was roughly divided by three. And Proximus will face the hour of truth on Monday.

Proximus’ share price has already halved. Analysts expect to cut the dividend by a fifth on Monday. Even communications experts at ING Bank predict a cut of one third. The total of 1.20 euros per share will drop to 0.80 euros (0.56 net) and remain at this level in the coming years. The reason for the stronger cut that ING expects is that Proximus wants to maintain some margin to account for the impact on earnings of a fourth player entering the market.

Although the share price has halved since the end of 2020, ING Belgium has Proximus up for sale. He’s not the only one. Most stock companies have sell advice. The dramatic performance of Belgian telecom stocks contrasted with the conditions for telecom companies abroad. France’s Orange (formerly France Telecom) held its own, while Dutch company KPN saw its share price rise by a fifth.

The pressure on the Belgian telecom sector is the result of the huge investments that both Proximus and Telenet have to make in fiber optics to deliver fast internet. At the same time, its revenue is under pressure as consumers save on their subscriptions. This pressure will increase when Romanian Digi becomes active with Citymesh in 2024. This fourth player has already said that he will have a mobile and static offer.

ING also notes that something has changed for Proximus in Wallonia. Because Orange acquired the Voo cable company, the competition will increase. Telenet wants to offer its own product on Voo cable. In Flanders, Proximus has the advantage at the moment that it is rolling out its own fiber optic network, while Telenet has been running in circles for three years. The combination of forces between Telenet and Fluvius should receive the go-ahead from the European Commission. It may not be until the middle of this year before he comes.

The question is also who earns the most money from telecom investments. “At the moment, no one knows how to make money with 5G. I hope it will not be as bad as with 4G. Then operators invested hundreds of millions in their networks. Apple, Samsung, Facebook and others have recently said John Porter, CEO of Telenet. Many of the big players have made a lot of money from it. trends.

At the same time, customers want to save on their telecom bill. Porter says that by proactively suggesting cheaper fixtures, he wants to keep customers from leaving. This makes it difficult for carriers to increase their sales. ING expects Proximus to lose 300,000 customers in the mobile market to newcomer Digi between 2024 and 2026. Proximus will also have to pay more for its fiber joint venture with EQT Infrastructure.

Proximus will continue to invest €1.3 billion annually in the coming years. That’s without the costs of 5G spectrum and soccer rights. In the coming years, gross operating profit before leasing costs will decline by 3 percent annually. The outlook for Monday’s capital markets day isn’t particularly high. Deutsche Bank points out that the day before the investor, in March 2020, Proximus cut its dividend by 20% from €1.50 per share to €1.20. “A new cut is in the air,” says Deutsche Bank.

The Economic Inspectorate and the Professional Institute of Estate Agents (BIV) launch an investigation into the Hans Imo case: “indications of deceptive business practices” | internal 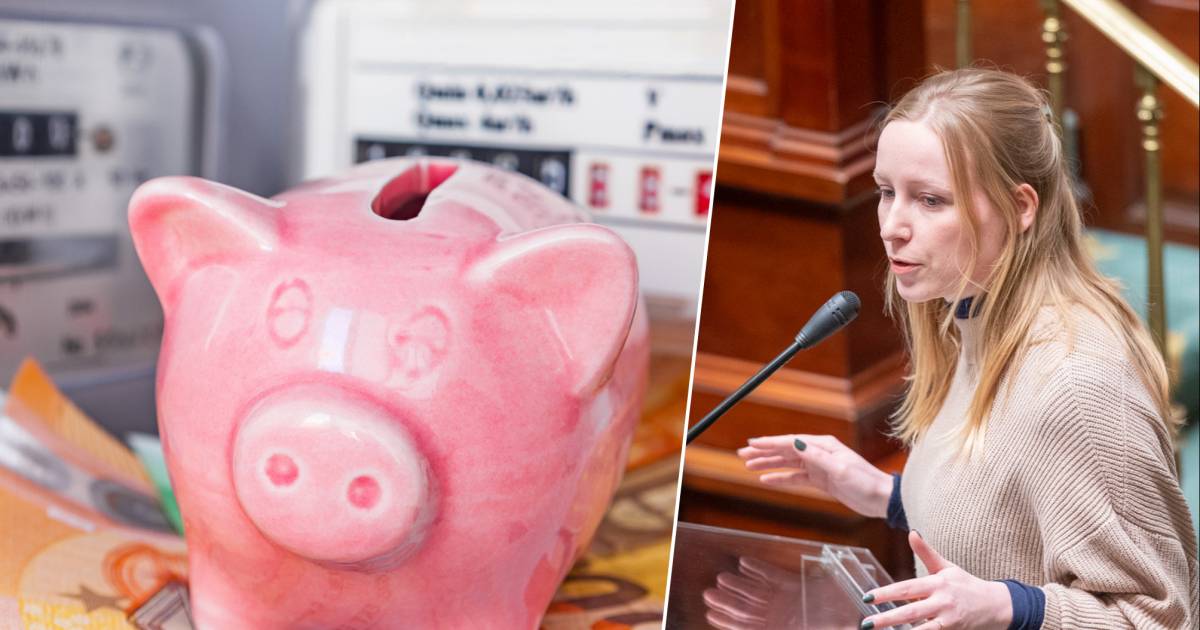 Do suppliers have to adjust the advance payment if prices fall? Then also when the price goes up internal