Pending the official unveiling of Logitech’s portable cloud gaming console, Twitterer Evan Blass has already shared some product images. Not only the appearance is discussed, but the interface of the upcoming device is also shown. The images have since been removed due to copyright infringement, although they can still be found on other websites such as The Verge.

For example, the Logitech G Gaming Handheld appears to offer roughly the same size as a Nintendo Switch, although the lack of vents indicates that the Logitech will be less powerful. In terms of controls, there are two joysticks, the d-pad and the X, Y, A, B buttons. In addition to some shoulder and pull buttons on the back, there are also buttons for Menu, Home, Context and Logitech G. A picture of the home screen reveals a working interface Android for Google Play Store, as well as Chrome and YouTube. There are also codes from Xbox, Nvidia, and Steam. 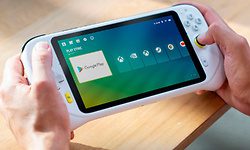 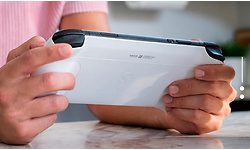 At the beginning of this month, Logitech and Tencent announced that they wanted to launch the console before the end of this year. Specifications are not yet available, and some information is missing in terms of suggested retail price or exact release date.

See also  How to get Jirashi and Mio