YOLLLLEY STUDIO has set up an office space for cosmetics brand VonEstis based in Seoul, South Korea. The design is derived from the atypical curve around the workspace and symbolizes the proportion of the beauty of the various body lines. The space has its own identity that underpins the value of a new work that takes into account both science and behavior.

YOLLLLEY STUDIO is an interior design studio established in 2018 in Seoul, South Korea. The studio focuses on different areas, such as furniture, interior and architecture. They describe their driving force as less but better, and less is more. Design emerges as a function and connection between users, according to the studio, which is why they actively collaborate with many artists to achieve substantive design results. I 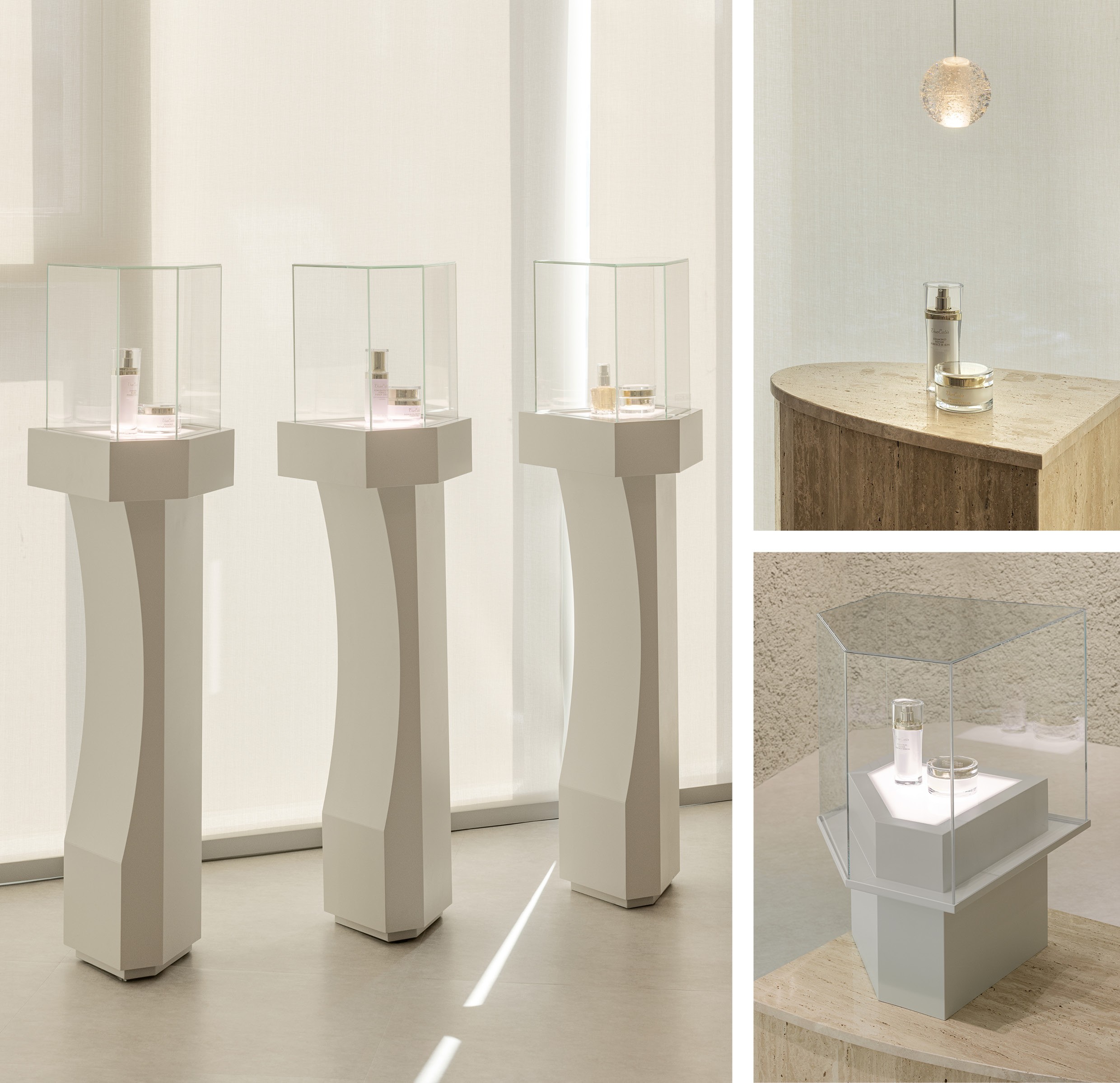 The furniture has been designed in a way that expresses the values ​​of VonEstis.

To visualize the clear and simple philosophical image of the brand, white colors were chosen as the main tone for the atmosphere of the entire space. The studio placed VonEstis objects where the sun shines the longest, in order to account for visibility in the shadow silhouette, which changes with the light during the day. 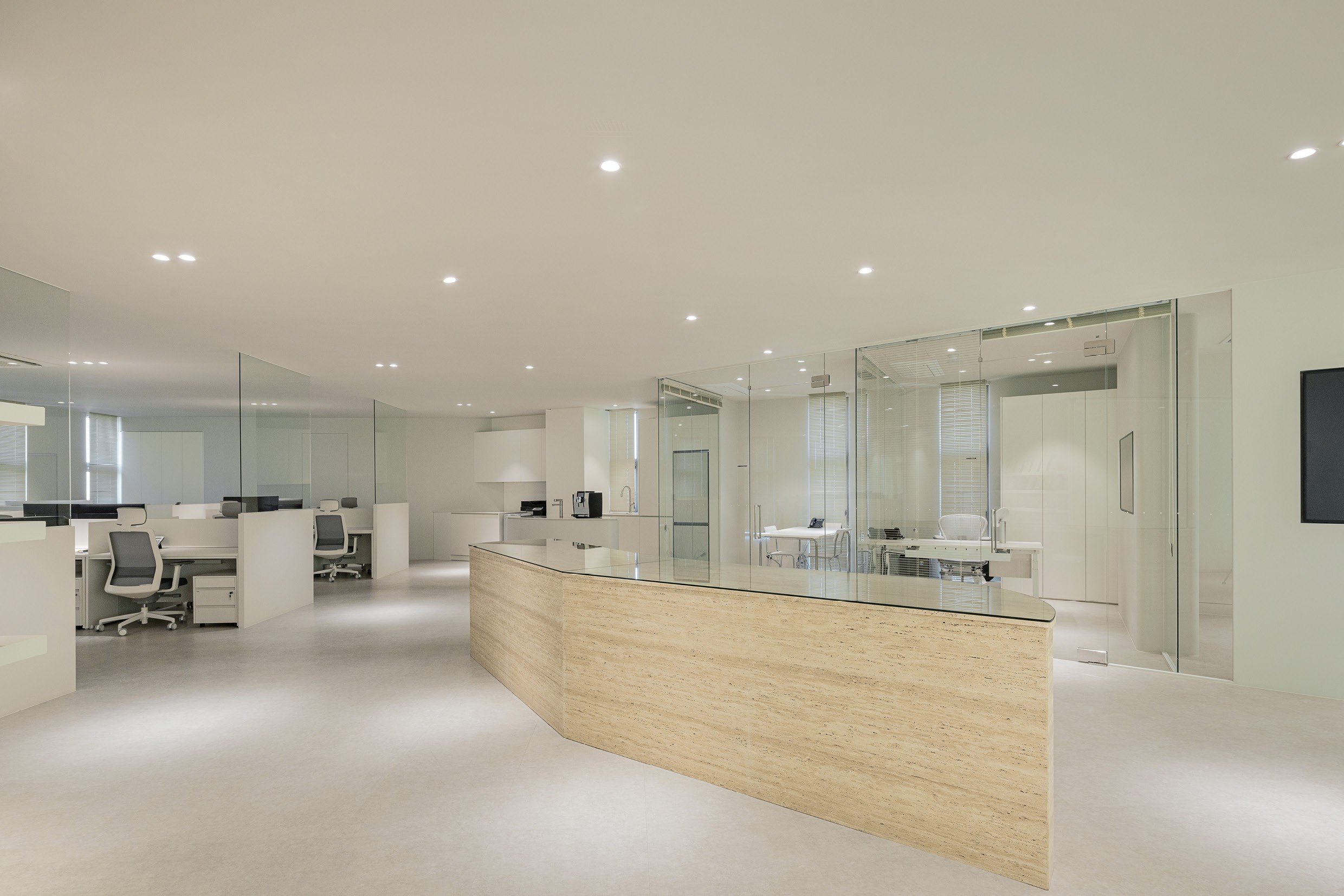 Curved design elements with emblematic expressions are finished with natural marble and art paint. In addition, the design furniture has been created in a way that expresses the values ​​of VonEstis. The laboratory is designed as a single space using a three-dimensional curve connecting all boundary points. Brand identity was important; The space makes what VonEstis aspires to, and contrasts with the existing design of the laboratory. Curving from floor to wall and ceiling, the studio attempted to express the design intentions that make up the space.

The studio was able to design an office space that perfectly aligns with VonEstis’ values ​​and needs. The brand has taken it to a higher level thanks to YOLLLLEY STUDIO. 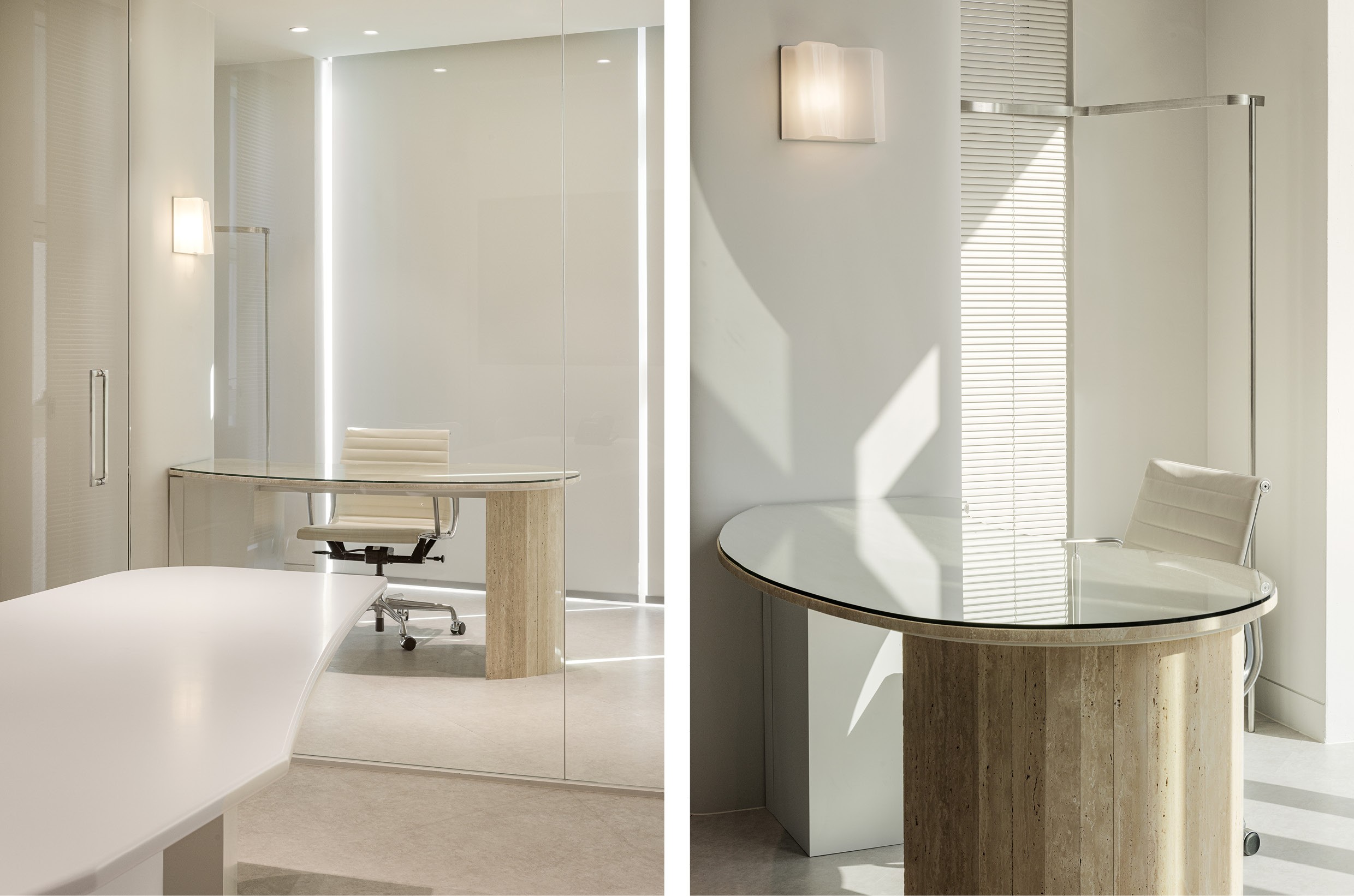