Now that Windows 11 Update 2022 is rolling out, the first problems are starting to appear as well. Many users experience poor gaming performance. The exact cause is not yet known, and it appears that the majority of sufferers are using an Nvidia GPU in any case.

For example, there are all kinds of reports on Reddit and the Microsoft community forum of stuttering in games after installing the major update, with a team green video card and low CPU usage as matching factors. While no statement has been released from Microsoft yet, it appears that Nvidia already knows. On Reddit, there is a survey that asks about hardware and other variables, such as screen size, game or API used.

Whoever unpacks the patch will be free from problems. For now, this seems to be the best solution as well as avoiding the update.

Meanwhile, Nvidia has released a beta driver (version 3.26) that should fix the problem. This is available on the Green Team site and through GeForce Experience. With the latter method, users should check in the settings if experimental features can be applied – since it is an experimental patch. Those who prefer to wait for a non-beta release can expect the final update around September 26th. 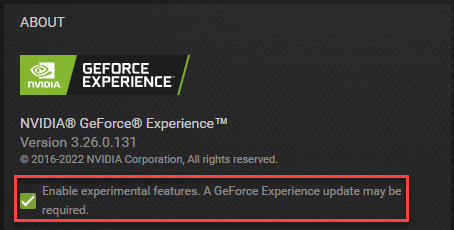 See also  Honor X7 and X8 are coming to Europe