It looks like Samsung 990 Pro hard drives are really coming. pcie 5.0 m.2 cards have been spotted in a PCI-SIG List, the organization responsible for the PCI(e) standard. PCIE 5.0 SSDs can reach speeds of up to 14GB/s.

The 990 Pro was also spotted on a Korean certification site last week. Model numbers MZ-V9P1T0 and MZ-V9P2T0 are also listed there, which can be inferred that they are probably 1 and 2 TB SSDs.

Now the Samsung 990 Pro is also on the PCI-SIG list of SSDs that meet the PCIe 5.0 specification, which basically confirms the arrival of the m.2 SSD. Also included is Samsung’s only other PCIe 5.0 SSD, the PM1743 for servers. The PM1743 should achieve read speeds of 13 GB/s and write speeds of 6.6 GB/s.

Hopefully the write speed will go up a little bit for the 990 Pro (although 6.6 Gbps is very fast, of course). SSD makers Apacer and Zadak recently announced PCIe 5.0 SSDs that can read at up to 13GB/s and write at up to 12GB/s.

Samsung Semiconductor has mocked the ‘ultimate SSD’ via its official Twitter account, in all likelihood referring to the 990 Pro. Unfortunately, no other specifications or details have been discussed, although the South Korean company indicates that we can expect that soon. Since other manufacturers have also hinted at new PCI 5.0 models (such as Corsair), it appears that Samsung’s latest version will also use the new standard. 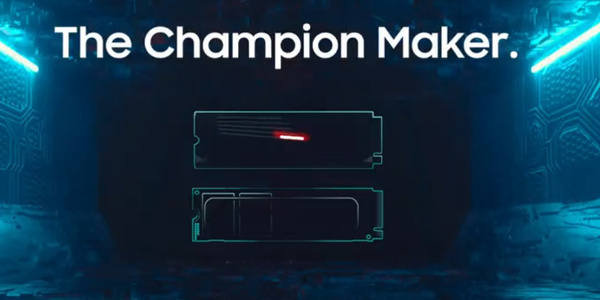 Playtime 2022 casts a promising look into the future

US Army doctor and wife accused of spying for Russia