Formula one is a fast-paced, exhilarating sport and has been home to some of the most recognizable sporting names in the world. Michael Schumacher, Lewis Hamilton and Sebastian Vettel have all become household names because of their undoubted success in their sport of F1.

But F1 has always struggled to compete with the likes of soccer and football in terms of their popularity, at least up until 2020.

A recent study, analyzing the top trending google search terms for streaming sports in the U.S, has highlighted just how popular Formula one has become. Since the start of 2021, the search term “watch F1” has almost doubled in regularity and has continued to rise. The sport has amassed a brand-new fan base, now reaching over 36 million fans in the U.S alone. But this is no accident.

The rise in popularity of F1 can be directly correlated with the release of Netflix’s “Drive to Survive” series. The show gives the viewer a peek behind the curtain of the most luxurious sport in the world, introducing us to the men and women who run the industry. The show of course focuses on the drivers but gives diligent screen time to the owners, engineers and everybody else who makes the sport tick.

The show has not just opened the eyes of people who have never before shown interest in the sport but has invested the viewer in the individuals instead of a brand or logo. Elite sports have become a shallow husk of scripted interviews and multi-millionaires, with fans finding it harder and harder to identify with the name on their back.

Soccer and football are two globally iconic games, but they haven’t come close to replicating what F1 has done. 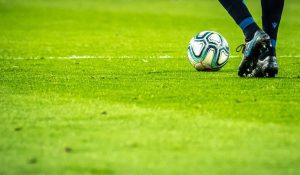 We have seen the likes of Arsenal, Man City and Tottenham allow Amazon to document their entire season and to great success. “Sunderland till I die” and “Welcome to Wrexham” have also garnered huge success, focusing on clubs outside of the elite leagues.

As of yet, there has not been a league-run tv show that encapsulates the entirety of a sport like “Drive to Survive” does. It is hard to think of a situation where this wouldn’t be a positive.

When a show focuses on one individual club it can alienate an entire fanbase, hurting viewership numbers and even harboring resentment with rival fans. By focusing on the collective, soccer can be humanized and shown in a light that properly reflects the people in the sport. 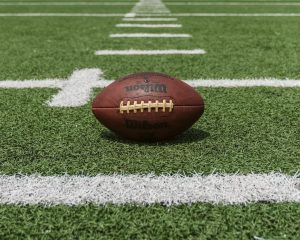 “Last Chance U” is a Netflix series that focuses on high school athletes who are making their last attempt at a football career. It is a captivating and at times heart-wrenching watch.

Some viewers will still google a player’s name to check on their career and wellbeing, this is the level of investment a show like this creates.If the NFL were to create a league-wide tv show, it would again, it could harbor a more loyal and understanding fanbase.

In the case of F1, yes “Drive to Survive” made an already rich sport richer but more importantly, it created a connection with the fans. Both soccer and football lack this connection, a show focusing on the individuals instead of the brand will go a long way in bridging that gap.

See also  Reliability Review: Toyota No Longer Number 1 in the US!

‘Netherlands forced to choose between China and US’

US judge says Facebook not responsible for fake news about Corona