The World Health Organization (WHO) puts two different types of omikron on the list of new arrivals to watch. Exactly what does that mean? “I would be concerned if a completely new variant emerged that also causes more hospitalizations,” says Steven Van Gucht (Sciensano).

1. Why is the World Health Organization putting new variants on its watch list?

The World Health Organization monitors the evolution of a few dozen sub variants of the original infectious omikron BA.1 variant. The Health Authority now puts BA.4 and BA.5 on its watch list. Because these omikron family members “have additional mutations that we need to study to assess their effect on the potential for immune system escape.”

Such escape means that mutations allow a variant to infect a person who already has immunity through vaccination and/or infection. BA.4 and BA.5 contain two mutations in the part of the backbone protein that binds to the receptors of our cells. This means that these variants can again partially escape our previously formed immunity,” says biostatistician Tom Winsellers (KU Leuven).

The second reason why WHO is targeting BA.4 and BA.5 is that it has almost completely taken over the previous variant, BA.2, in Gauteng Province, South Africa. They were first discovered there and together they make up 86 percent of infections. “They achieved this dominance in one month, which is really fast,” says Wenseleers.

Only in the provinces of Gauteng and KwaZulu-Natal in South Africa was there talk of “progress”. In other regions and countries, only BA.4 and BA.5 are indicated. This concerns Botswana, Denmark, Germany, Austria, Portugal, Great Britain and also our country, where one case of BA.4 has been reported.

In South Africa, the number of infections is rising slightly, so the impact remains limited. The number of hospitalizations and deaths remains stable, indicating that BA.4 and BA.5 are not immediately sicker. “But it’s still too early to make definitive decisions about this,” Wenseleers says. Only after BA.4 and BA.5 take over in South Africa will there be clarity about infection and virulence.

Calculations by Wenseleers already show that infections with BA.4 and BA.5 are growing 12 percent faster per day than infections caused by the previous variant, BA.2. This means the variant could infect nearly twice as many people within five days. “This is a significant growth advantage and is comparable to the advantage that the Indian delta variant has over the British alpha variant,” says Wenseleers.

4. How concerned are the experts?

With no increase in hospitalizations and deaths in South Africa, there is little concern, according to Tulio de Oliveira of the South African Center for Epidemic Response and Innovation.

I wish educated people less certain. “It is already possible that things will go well in South Africa. There have been severe waves that have killed nearly 250,000 people. Many vulnerable people have already died. This makes it difficult to compare countries. Also BA.2 has had Little impact in South Africa and her journey there began in a similar way, but it caused a great revival in Europe. ”

It is positive that the new variants descend from BA.2. And that the people here have built a very strong immunity to it. “I estimate that about 7.97 million Belgians have oomicron and about 60 percent also received a booster dose,” Wenseleers says. “At the population level, our immunity couldn’t be much better. But it is possible that BA.4 and BA.5 could escape the accumulated immunity to some extent, so we could see a re-emergence of new infections. The hope is that higher immunity in the population will mean that There will be far fewer critically ill patients than in previous waves.”

Meanwhile, Wenseleers note that the pace at which new variants are emerging is accelerating. “At first you used to see one every six months, now it’s about every three months,” he says. “This is evolution at work.”

Virologists Stephen van Guchte (Scensano) and Guido van Hamm (Institute of Tropical Medicine) don’t think there is any major concern at the moment.

“In any case, it’s hard for the virus to become more contagious,” Van Hamm says. “It is not yet known whether these variants are more pathogenic or infectious and what protection they offer immunity against another omikron variant such as BA.2. What they show is that we have not yet cleared the virus.”

Currently, Van Gucht values ​​the advantages of BA.4 and BA.5 as “relatively limited” and is particularly satisfied that BA.4 and BA.5 belong to the omikron family. “I would be concerned if a completely new variant emerged that also causes more hospitalizations,” he says.

The two mutations that caught the attention of the WHO do not immediately excite Van Guchette. “It makes sense to pursue this, but to think that these mutations mean that these variants will partially escape immunity is not a good idea. Our knowledge of the virus is still too limited to be able to reach this conclusion. That is why we have to wait for field data on the effect in hospitals.” 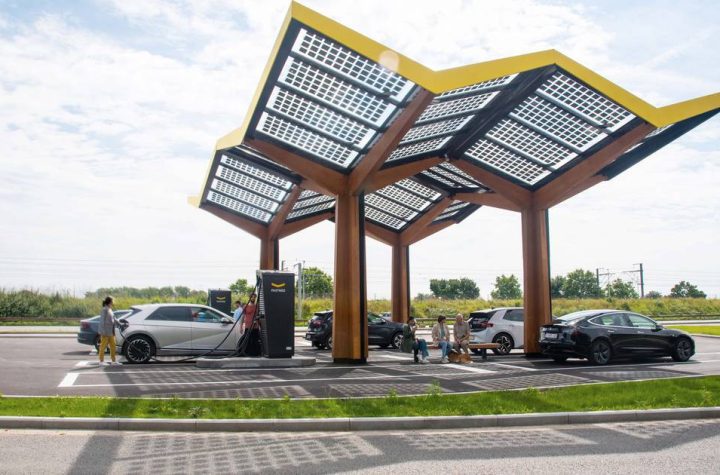