Skip to content
International•26 Oct ’22 at 19:54Author of the book: Bram van Eindhoven

There appears to be a growing divide within the Democratic Party in the United States over the continued delivery of many weapons to Ukraine. “So far there has been enough bipartisan support for aid to Ukraine, but it is now beginning to crumble,” says foreign commentator Bernard Hummelberg.

“The left-wing, progressive faction of the Democratic Party appears to have sent a letter to Biden asking him to consider negotiations between the United States and Russia over the conflict in Ukraine,” Hummelburg explains. “So there seems to be some resistance within the Democratic Party against endlessly giving Ukraine money and weapons.”

According to Hummelburg, it’s especially poignant because Republican Party Chairman Kevin McCarthy recently said that if they win the election, a different wind will blow. “He says it cannot continue like this. Until now, there has been ample bipartisan support for aid to Ukraine, but that is now beginning to crumble. As a result, the signals at the White House have turned orange, if not red.’

According to progressive Democrats, joining the negotiating table with Russia would increase pressure on Congress not to spend large sums on the war in Ukraine. ‘They see it as a solution, but the background is purely economic,’ says Hummelberg. “The combination is remarkable, and from what I understand from what news outlets are reporting, Joe Biden was shocked by the letter.” 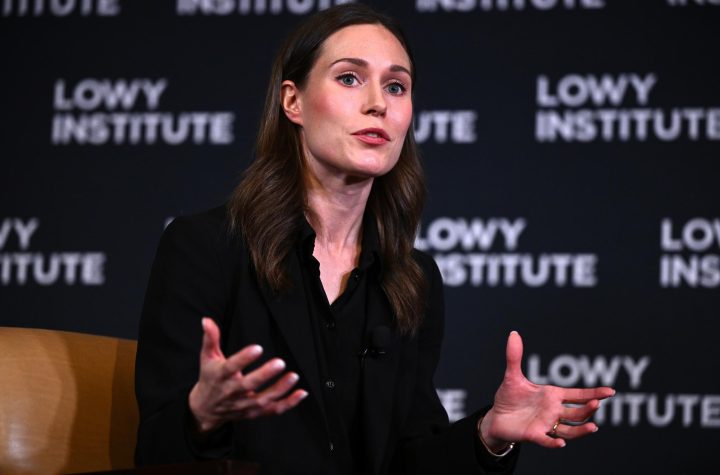 Finnish PM: “Invasion of Ukraine shows that Europe is too dependent on the US”