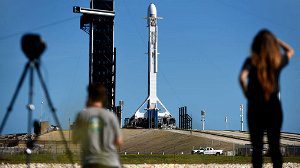 SpaceX, the space company owned by billionaire Elon Musk, will launch two rockets for the European Space Agency (ESA). That’s because the agency completely severed ties with Russia after the invasion of Ukraine.

Why is this important?

SpaceX is playing an increasing role in the new space race. The company already launches more rockets than any space agency or company on Earth. In fact, NASA is almost entirely dependent on Musk. That Europe needs it now is a sign that SpaceX’s relentless march forward is far from over.

Josef Schbacher, Director General of the European Space Agency, confirmed Thursday that the space agency will conduct two launches with SpaceX’s Falcon 9 rockets. They will go to space in 2023 and 2024, according to reports Reuters.