MovieBrendan Fraser, 53, is currently playing Charlie in the critically acclaimed drama The Whale. And that wasn’t the only stellar role he could land. He also portrayed “Firefly” in the movie “Batgirl”. In August, Warner Bros. The company announced the cancellation of the movie Super Hero, directed by Belgian directors Adel Elaraby (34) and Bilal Falah (36). In an interview with Variety, the actor first responds to the emotional news. “This does not inspire confidence in the filmmakers and the studio,” he says disappointedly.

Fraser spent months in Glasgow, Scotland, recording Batgirl. He played “Firefly”, the enemy of “Batgirl”, played by Leslie Grace. So Fraser feels his heart out because no one is going to see the movie. “It is tragic. It does not inspire confidence in the filmmakers and the studio.”

“Leslie Grace was amazing. She is just a perfect actress. Everything that Adel and Bilal filmed was real and sexy,” continues Fraser. They had fire engines going through downtown Glasgow at 3 am and they had flamethrowers. It was a big budget movie, but it focused on the basics.” The actor also reveals that the Belgian duo of director Adel Elaraby and Bilal Falah had made an initial version of the superhero movie, but they are still working on the final version. “I haven’t seen the footage yet,” said Fraser. “.

Warner Bros. was selected. Getting rid of the film was a strategic choice for the new administration. The film studio has decided it does not want to spend €90 million on a movie that will only be shown on the HBO Max streaming platform. They also didn’t think the Batgirl movie was commercial enough for cinema.

See also  Reality check. Diaz is surprised by a fierce video and a mistake in the country of "The Bachelor" | TV

See also: Adel and Bilal about the cancellation of the Batgirl movie

Adel and Bilal want to get rid of their grief with the song Rebel: “When the news of ‘Batgirl’ came, I went to talk to Will Smith” (+)

Bad luck for Dimitri Vegas: “I also played a role in the deletion of the Batgirl song by Adil and Bilall.

Suddenly I got that phone call at my grandparents’ grave: Adel and Bilal about the moment they heard that “Batgirl” was cancelled. 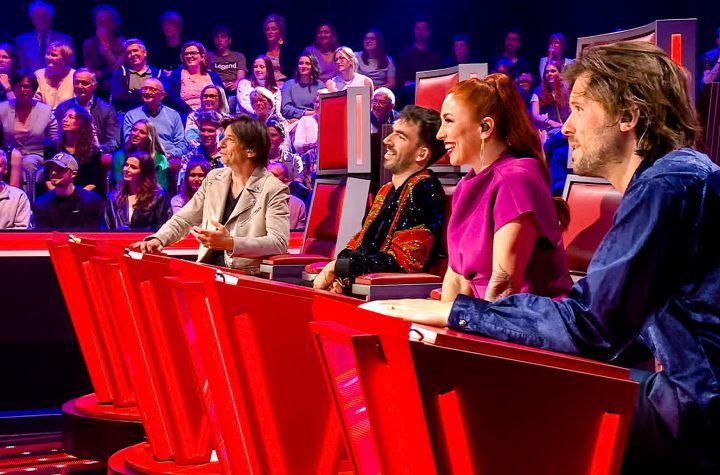