The router should be able to achieve a total speed of 6600 Mbit/s over WiFi alone; So 825 megabytes per second. It has a 1.8GHz Qualcomm quad-core processor and a massive heatsink that should keep everything cool.

The AXE6600 has a feature that MSI calls “AI QoS” (where “QoS” would stand for “quality of service”). With the push of a button (the MSI logo on the router), you can switch between certain presets, such as gaming or streaming mode. This gives a certain priority to Internet traffic, which should be useful for your online gaming experience. 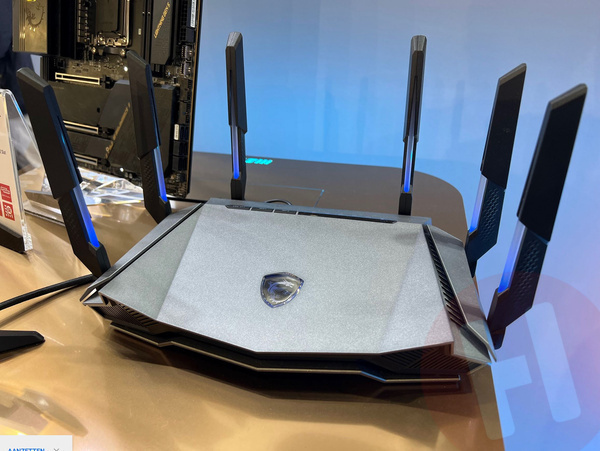 AXE6600 with 6 antennas and RGB lighting.

MSI is not known for its routers, but the AXE6600 isn’t their first model. In 2004 we tested the MSI RG54GS router here: Over WiFi, we achieved throughput speeds of 23.31 Mbit/s. The MSI RG300EX appears to be the latest model sold in the Netherlands, as of 2011.