At the beginning of 2022, Samsung will introduce an affordable Galaxy A33, with an AMOLED display and a quad camera. However, the 3.5mm connection will disappear.

Samsung releases a large number of Galaxy A-series models annually. The budget and mid-range smartphones of the brand are placed within this model series. Last month Galaxy A13 and the Galaxy A53 already shown. This time it’s the Galaxy A33’s turn, an affordable 5G phone expected to debut in early 2022. A series of product demos have surfaced online for this device, demonstrating the renewed design.

3D product images are posted by 91 mobiles Share OnLeaks. The Samsung Galaxy A33 5G is said to have a 6.4-inch screen, a U-shaped notch, and a new quad-camera setup. The 2022 model will be available in several colors; Black, white and maybe orange and light blue too.

Samsung A33 With Quad Camera But Without 3.5mm Jack

The budget phone is likely to have a 6.4 inch Full HD + Super AMOLED display. It is a flat screen with a refresh rate of 90Hz. There is a small U-shaped notch for the selfie camera – also called the Infinity-U display from Samsung. A quad camera is placed at the back, and details about the camera sensors and lenses are still unknown.

In any case, the design is being revised. Where the current model, the Galaxy A32, has a so-called waterdrop camera, the new model will have a camera island – as we already know from Galaxy A52. Ironically, Samsung’s next flagship model, which is Galaxy S22 UltraThe waterdrop camera design is similar to the budget A32.

Samsung will no longer supply the A33 with a 3.5mm jack. It was previously announced that the headphone jack will also be missing from its older brother, the A53. While this has been the case for high-end Galaxy S series smartphones for some time now, budget and mid-range devices have to believe it.

There is a USB Type C connection at the bottom for charging the device. You’ll also find a speaker, microphone, and SIM card compartment at the bottom. The volume keys and the power button are on the right side.

There is currently no information about the slides. It is possible that the MediaTek Dimensity SoC with 4GB RAM and 128GB storage will be used again. The phone will be running Android 11 operating system along with One UI 3.1 user interface. The device is likely to have a 5,000mAh battery, with support for 15W fast charging. 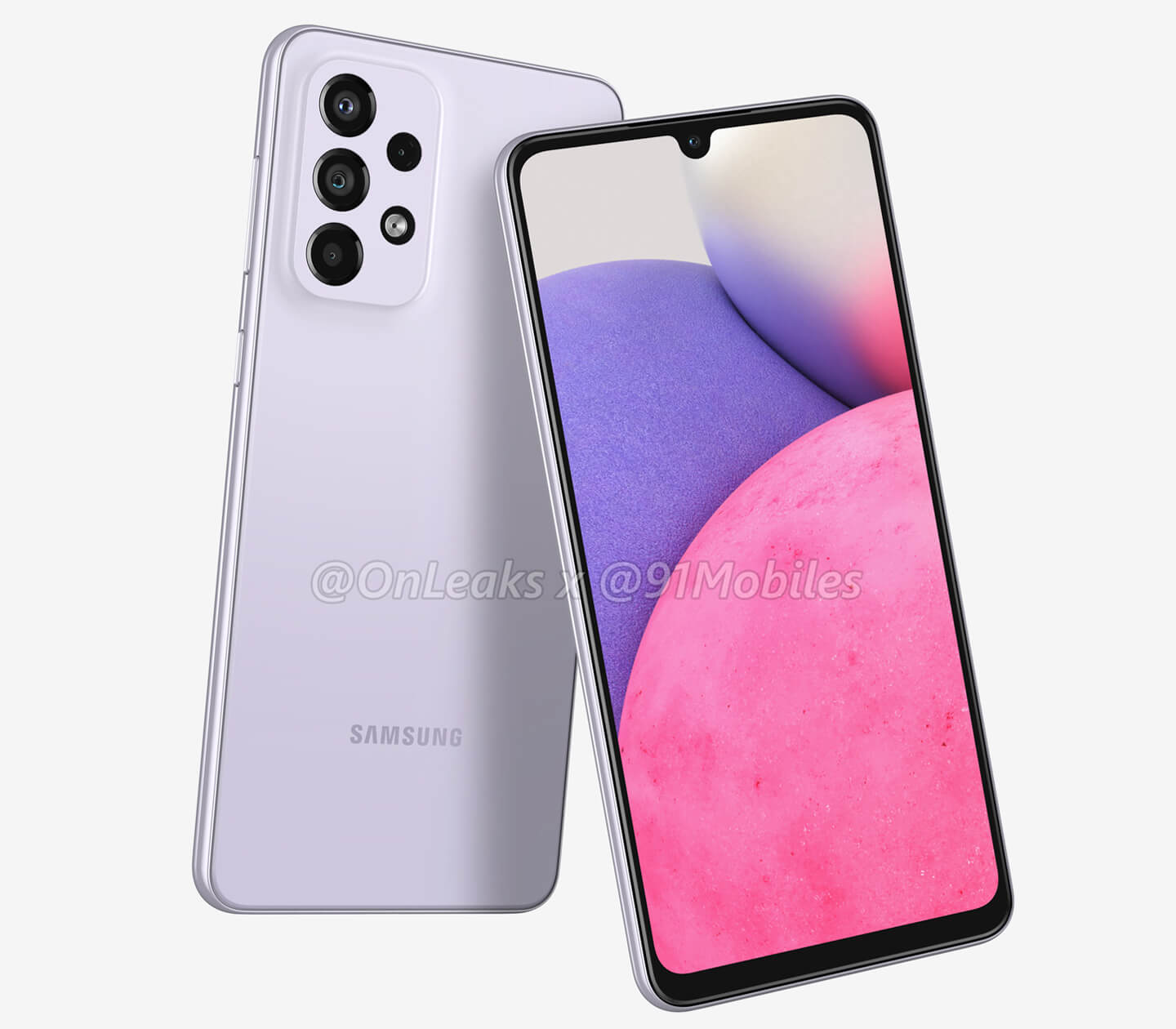 When can you buy the Samsung Galaxy A32?

Samsung has released both 4G and 5G models of the Galaxy A32. It seems that this time there is only a 5G model in the pipeline. Fortunately with an AMOLED screen this time. Based on its predecessor, the Galaxy A33 is likely to be presented in early January 2022 at a suggested retail price of around 320 euros.

There will be more in early 2022 Samsung smartphones is expected. In addition to the budget A33, Samsung is also developing several high-end models. The Galaxy S21 FE Most likely in January. A month later, Samsung will organize a huge Galaxy Unpacked event to showcase Galaxy S22 The series is official.

Before that, it was Samsung M52 is released. This mobile has now been officially introduced by Samsung and will go on sale in the Netherlands later this month for €380. Compared to the Galaxy A33, this model has a larger 6.7-inch screen and a more powerful chipset, Qualcomm Snapdragon 778G.

Are you looking for a cheaper alternative? The Galaxy A13 will be released around the same time as the A33. This will also be a 5G phone, which is expected to go on sale for around 230 euros. This smartphone will most likely still have a 3.5mm headphone jack.