The last time guest speaker was Dennis Arnoldusen, geriatrician at ETZ Tilburg. The way dementia can be diagnosed is discussed.

In the case of cognitive complaints affecting daily actions and functioning, subjects come to the hospital’s memory clinic with a referral from your GP to a geriatrician. A diagnosis of dementia can be established through extensive testing, an interview, and a physical exam. The four most common types of dementia are:
– Alzheimer’s disease; Starting with memory problems, this form is the most common. Then losing other skills
– vascular dementia; It expresses itself in slowness in thinking, speaking and acting. Often due to strokes and convulsions
frontotemporal dementia; It refers to a change in behaviour, language or movement, and later memory loss.
dementia of Lewy bodies; It manifests itself in problems with concentration, including problems with memory and movement. Often accompanied by hallucinations.

There is still no cure for dementia. There are medications that may slow the progression. This can cause side effects and should be closely monitored.
A healthy lifestyle can certainly have a positive effect on the course of the disease. Plenty of exercise, a healthy diet and mental activity can slow the deterioration and ensure a better physical condition. It is difficult to determine whether a person has depression or dementia, because they show the same clinical picture. The medical professional will determine the error by examination. Depression can be treated with medication, after which memory often improves. There is no evidence that people with depression are more likely to develop dementia.

Questions about the future are diverse. It is mainly about what the future will look like. The course of the disease varies greatly in people with dementia, as well as the pace of the course. An important tip is to carry on with the present life and be open to the help that can be given. The general nurse/nurse, geriatrician and dementia consultant/case manager play an important role in this regard. They can also provide support to caregivers. If you have questions about driving, the CBR test can be used to determine if driving is still warranted in the early stages of the disease. It is also important to register legal matters with a notary public.

See also  Vandenbroek: "70% of Covid patients have been vaccinated in Flemish hospitals, and 60% are in intensive care." 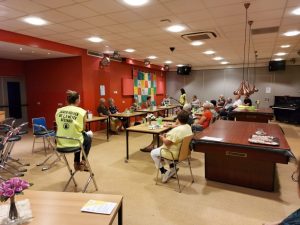 Hearing a diagnosis of dementia is devastating. It turns out that there is still a lot of shame, people do not like to talk about it. Fortunately, this taboo is being broken more and more, and dementia is the No. 1 national disease. As the population ages, the number of people with dementia will continue to increase in the future. You can talk about this at the upcoming Alzheimer’s Café Oisterwijk-Moergestel in
Tuesday, April 19. The topic is dealing with dementia, guest speaker is Rianne Pijnenburg, dementia counselor at Oisterwijk. Dealing with dementia, how do you do it as a family member or caregiver? Among other things, the behavioral changes that can occur in people with dementia will be discussed. How do you deal with this? And what do you have to take into account.

Alzheimer’s Café is the meeting place for people with dementia, young and old, family members, friends, help and service providers and other interested parties. Comrades who suffer a lot can mean to each other, they are aware of what the other is going through, and what this means for him or her. The support that attendees provide to one another is of great value, and attendees return home with a sense of satisfaction. 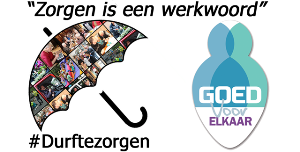 Chambres d’O in Ostend: The old ballroom is now the site of a corner party