Rugged, to say the least. Volvo was experiencing a cash shortage in the 1970s as a result of the economic turmoil surrounding the two oil crises, which affected sales of New car‘s. In order to create more financial scope, Volvo wants to merge with Saab in 1977, but this deal will expire at the last minute. The same applies to the alliance with Norway, including all kinds of complex construction with industry and oil extraction. In 1979, Volvo found a partner in Renault, which owns 15 percent of Volvo shares. In 1975, Volvo’s lineup consists of the 300 Series inherited from DAF and its own 200 Series, which is based on the technology and bodywork of the 100 Series from 1966. More choice couldn’t hurt as we’re betting on a model above the 200 Series: big and luxurious And comfortable, as it pleases in the United States, the most important sales market for Volvo.

In 1975, the first impetus was given to the new top model, but its development is constantly hampered by a lack of money and uncertainty. This forces engineers and designers to make compromises and practical choices. Important is the moment when the name of the project is changed to “1155”, which should read as 11:55, or from five to twelve. The 1979 VCC concept car eventually serves as the blueprint for the production model, which will be introduced to the world as the 760 on February 2, 1982. 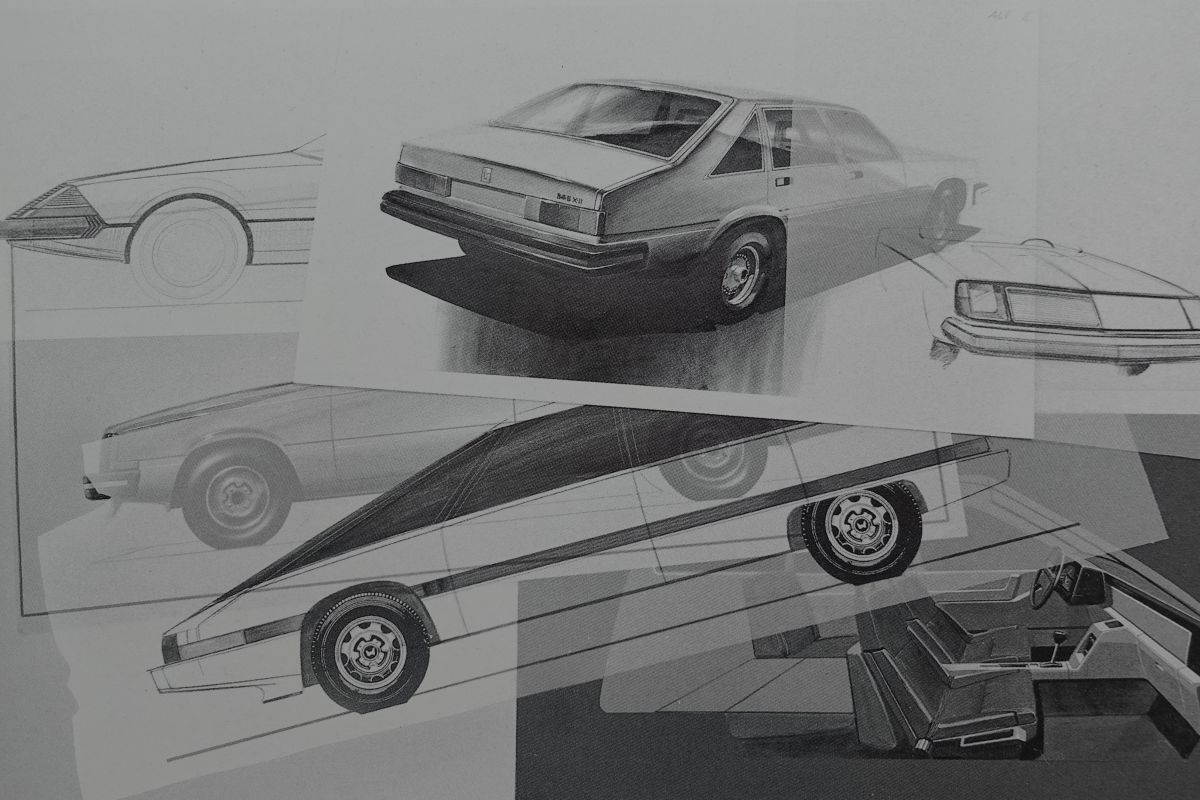 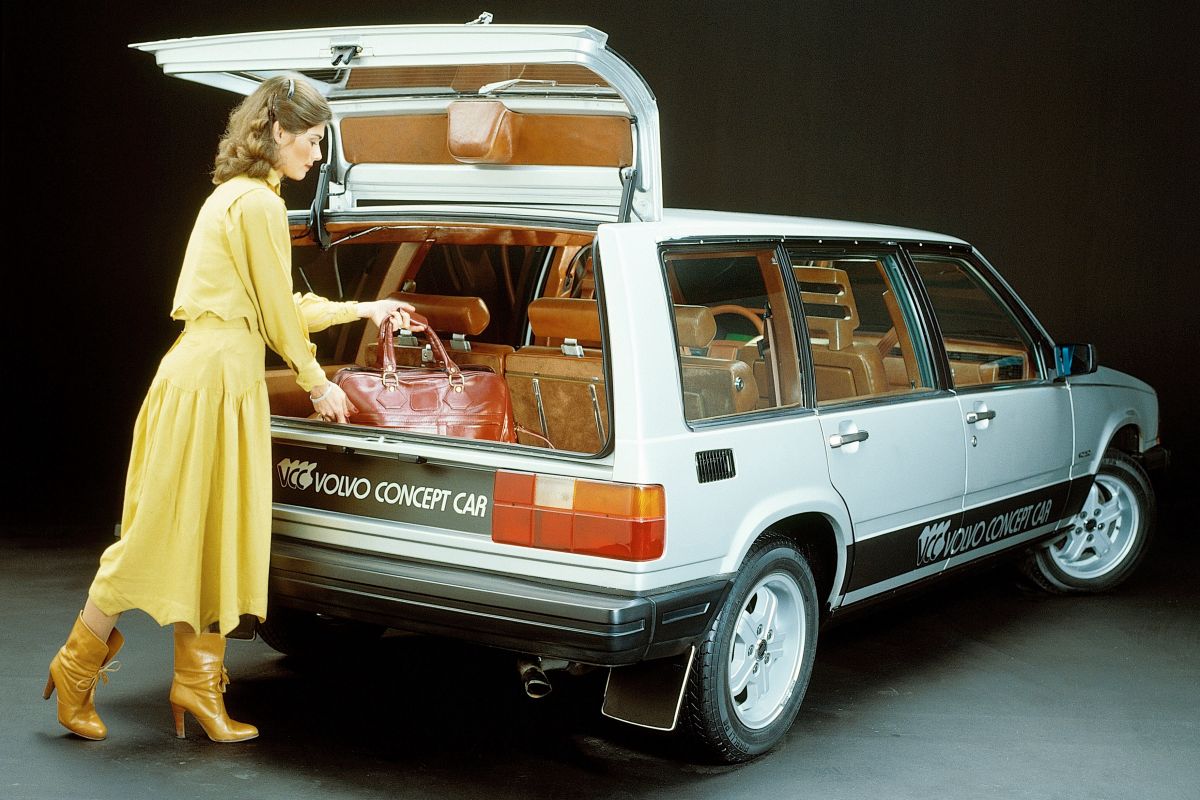 How revolutionary was it really?

The large and luxurious model is new to the Volvo brand, but from the above, you may have already concluded that there is no room for experiments at Volvo. It was forced to build on existing technology. Remarkably, the 760 is shorter than the model that succeeded (on paper), the 260 GLE. But the wheelbase is larger, so it is more spacious on the inside. The 760 debuted with a six-cylinder engine, the PRV that Volvo developed in 1974 with Renault and Peugeot. While almost all competitors have independent suspension, Volvo does so with a solid axle. Basically, at least. With the so-called “fixed-track rear suspension”, the rigid axle is supplemented with an additional frame, steering arms, a Panhard rod and a rod that absorb acceleration and braking movements. An ingenious chassis certainly has the advantages of straight-line stability, but in border situations alone it doesn’t react nearly as well as the independent wheel suspension. In short, you did not have to buy the 760 for interesting technical innovations. 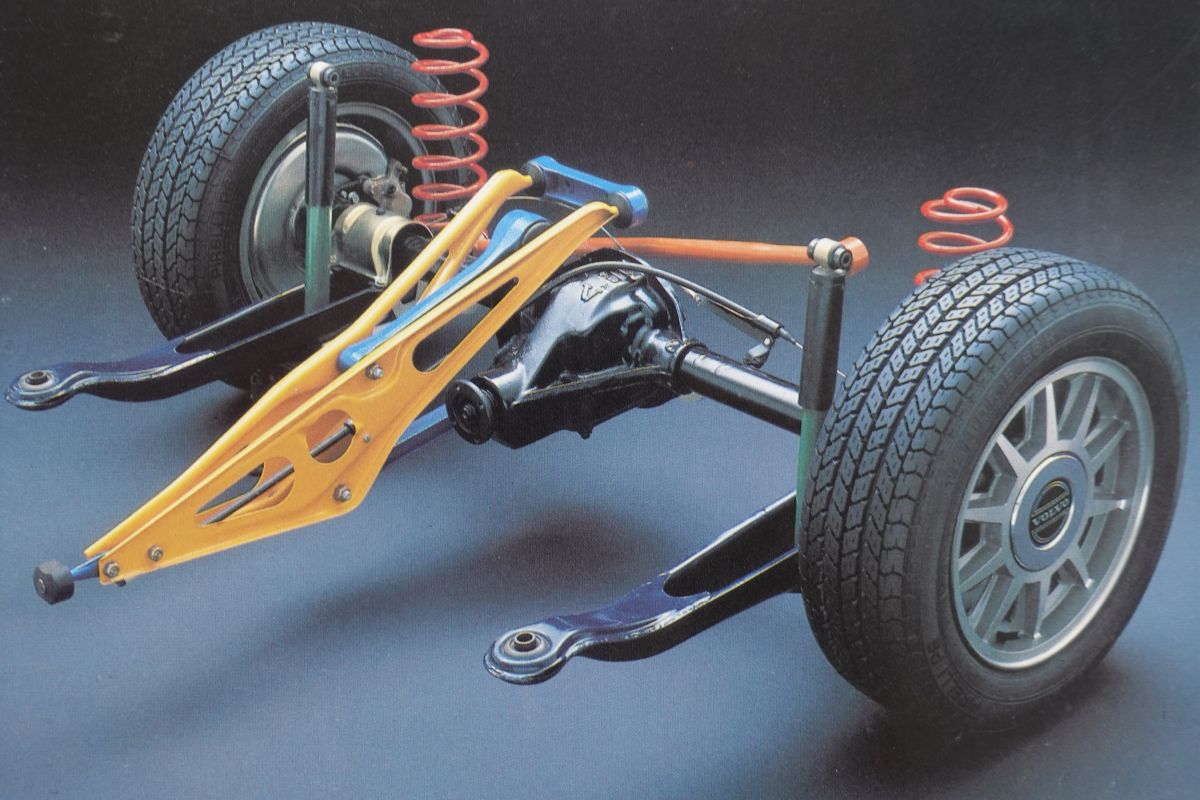 By the way, the 760 got an independent suspension (from the 780 coupe) in the fall of its career.

The car piston isn’t too enthusiastic about Jan Wilsgaard’s ultra-angular design. He finds it strange that Volvo chose this design at a time when car designs were becoming more rounded. On the one hand, the square design fits the 200 and 300 series line, on the other hand, Wilsgaard and his team simply didn’t have the budget for challenging shapes and intricate technical constructions. The PR section points out the advantages of a dead straight design: more interior space, better views all around, and a more timeless look. 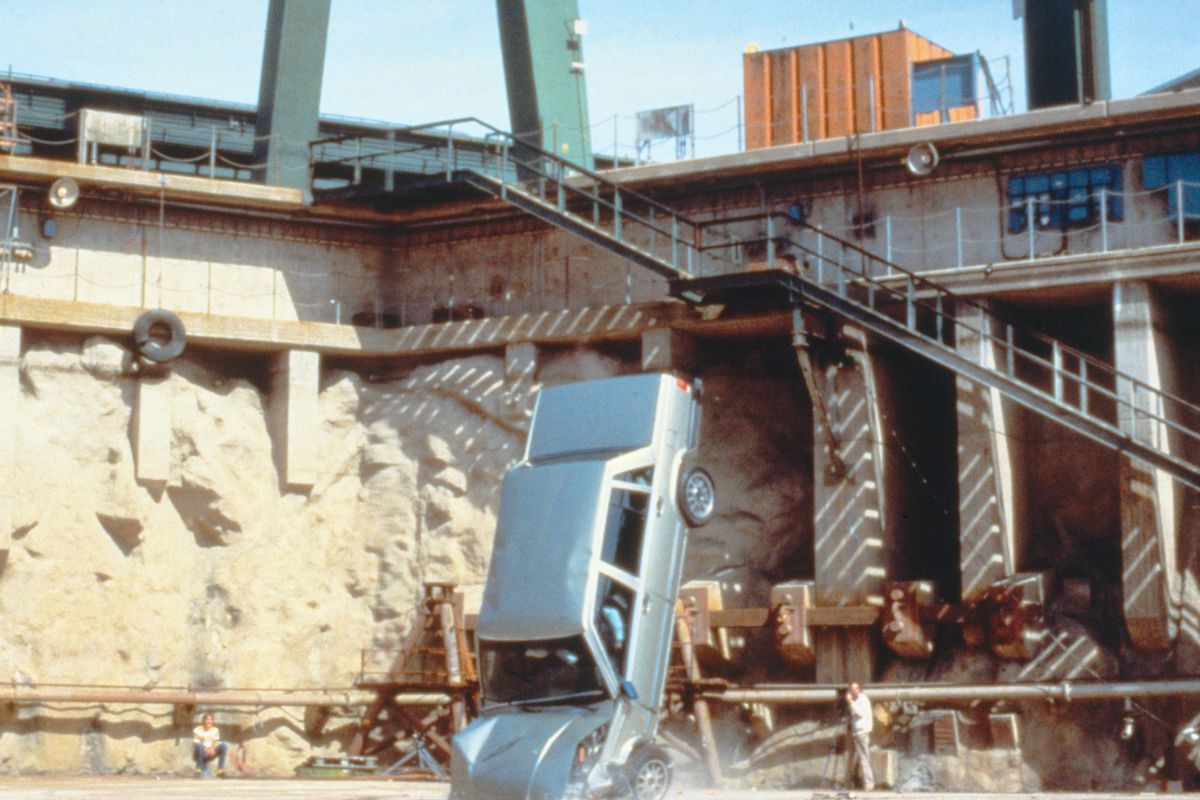 Of course, the safety of the Volvo 760 was once again emphasized. 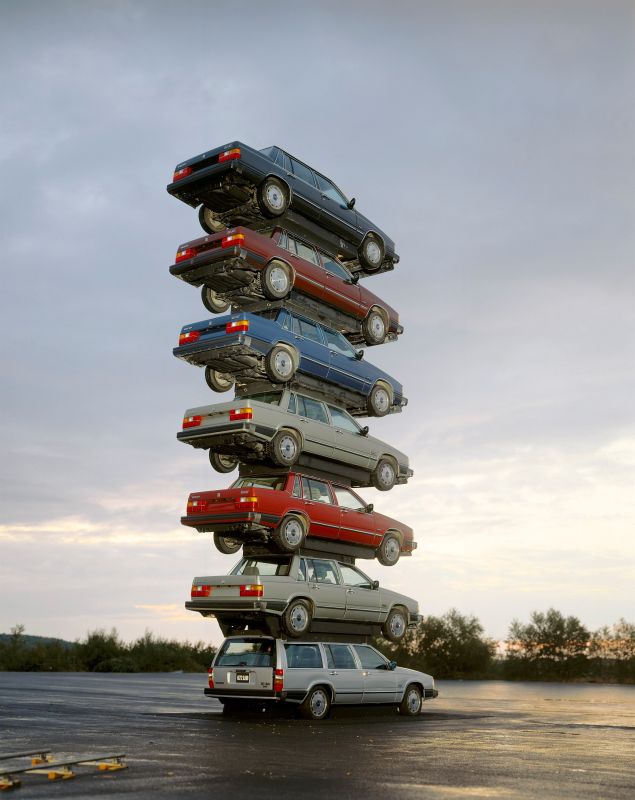 What are the options when market launch

Initially, the 760 is only available with a 2.8-liter inline-six petrol engine producing 156 horsepower, which is mated to a four-speed automatic transmission or a four-speed manual transmission with overclocking function. From 1983, a turbodiesel, 2.4-liter six-inch diesel engine is also available from Volkswagen. The 2.3-liter four-cylinder engine was introduced in 1984 with the arrival of the 740, a “naked” version of the 760. Finally, in 1989, a 200-horsepower turbo engine appeared, which Volvo gave some Porsches a check. The 760 has, among other things, alloy wheels, automatic transmission, power side windows and central door locking. This rich equipment is good, but it also ensures that the base price (about 63,000 guilders) is much higher than the competition price.

Any details during his life?

Nothing excessive. After the sedan, station wagons followed in 1985, the 780 coupe, and Volvo gave the 760 a facelift in 1987, with the bodywork being more “roughly” here and there. The engine from the Alpine A310, a turbocharged version of the 2.5-PRV six-cylinder engine, is being tested in 740s and 760s. It was pre-scheduled for the 780, but due to this model’s underbody it doesn’t fit very well. This causes cooling problems, so Volvo decided to cancel the party.

What were his rivals?

How did the consumer receive it??

In contrast to the autojournaille, the public is immediately excited about the 760. That was a good thing, because if the 760 faltered, it would have been over for Volvo. When the cheaper 740 joined the range in 1984, sales really started and Volvo eventually built nearly one and a half million 700 series. The 740 represented the lion’s share (84 percent). Thus, despite the lukewarm reception by the car piston, the 700 series is still good. By the way: Once the newspaper recovered from the angular appearance, it was good to talk about the qualities of the 760.

What is the most attractive version of fantasy?

Then we go to the 780, the coupe designed and built by Burton and the successor to the 262C, which was also assembled in Italy. Unlike the 262C, where only the roof is lowered, the 780 also adjusts the height of the hood and boot lid. This makes the 780 look more elegant. Instead of sedans, you get an independent suspension and Nivomat shock absorbers as a bonus. The most beautiful of the engines is the 2-liter turbodiesel with 200 horsepower, but this is very rare; Only 165 of them were built.

See also  A bartender and a science expert explain how to make new ice cubes for your drinks in no time: “Choose the smallest ice cubes possible” | Martin Peters 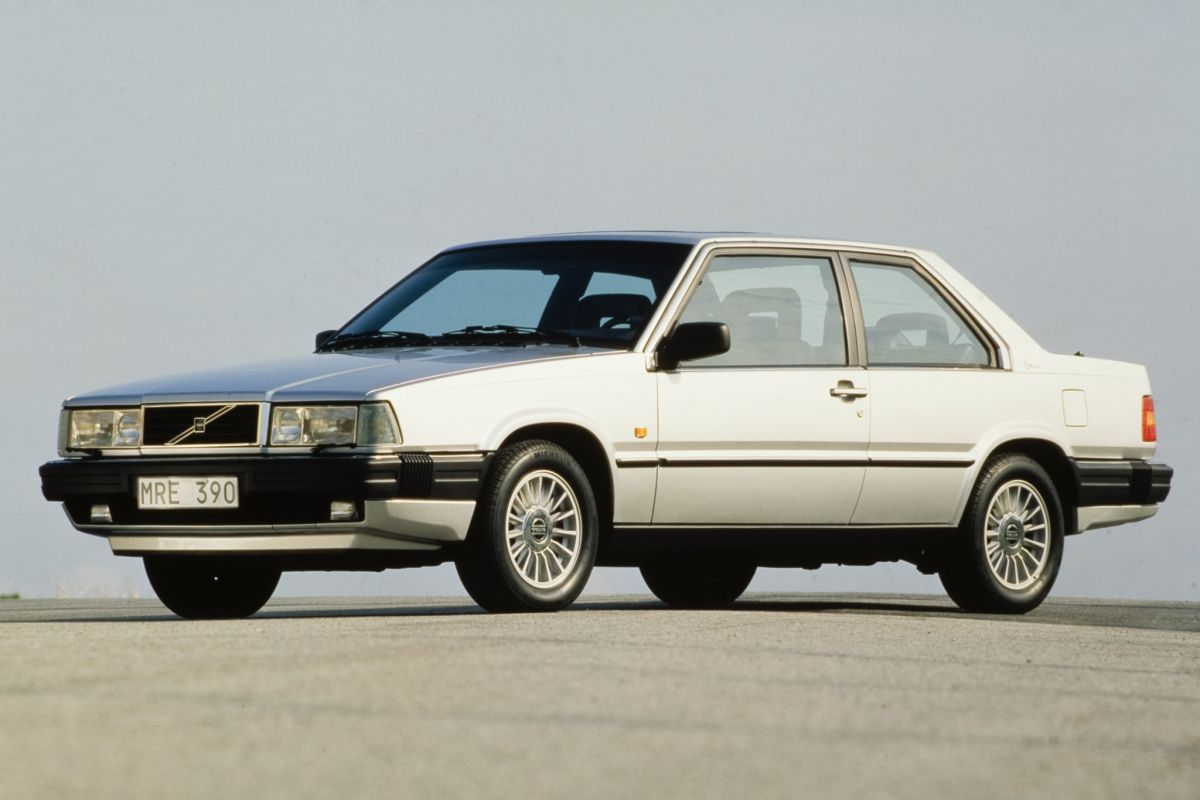 How many are built and how much is left?

On the auto scene as a whole, it wasn’t that bad, but for Volvo itself, the 700 Series was critical to its survival. It was also the model in which Volvo entered the top segment. In that sense, the 760 paved the way for the 900 series, S80, S90 as well as the XC90.