Many Russian officers on the Ukrainian battlefield refuse to follow the orders of their superiors. So says the US Department of Defense in its analysis of the slow Russian advance in the Donbass, which is also due to other factors. In fact, around Kharkiv, the second largest city in the country, Ukraine continues to make gains.

All Stary Saltiv and Moldova. Then Ukrainka, Peremoha and Fedorivka. And yesterday Bajrak, Zamoylevka, Verkny Saltyev and Rubizny. As the Ukrainian government army staged counterattacks northeast of Kharkiv, the Russian army was being systematically pushed towards the border. With the last villages on the list liberated yesterday, Russia only controls a strip less than 7 kilometers wide in some places. The center of Kharkiv is also gradually moving outside the range of Russian artillery.

The US Department of Defense sees the Ukrainian counter-attacks around Kharkiv as a clear example of how successful the resistance in the country, with proper organization and weapons. Ukraine claims that during the liberation of villages, for example, a modern Russian heavy T90 tank, the most advanced in its arsenal, was destroyed.

Kharkiv is not technically located in the Donbass, but is of strategic importance for the struggle in the eastern Ukraine region. “If you want to take Donbass, you have to draw a line from Kharkiv to Mariupol in the south. Then the Pentagon said at a military briefing yesterday.

So whoever controls Kharkiv also controls the northern gate of Donbass. And there, too, the fighting for the Russian army continues as planned, according to a briefing in Washington yesterday. “The Russians have not actually made any tangible progress on the line of communication yet, as they were expecting,” explained a senior military officer. They are facing very strong and effective resistance from the Ukrainians. Like last week, I would classify the situation as ‘gradual’ (very slow growth, editor) and anemia (Anemic, editor) to describe.”

According to the US intelligence services, the Russian army is hindered, among other things, because even the officers now refuse to follow orders from above. The morale of the troops remains low, and a number of military personnel, also of higher rank, will be reluctant to intervene in the Ukrainian firing line as it is increasingly armed every day with heavy artillery and kamikazedrones from the West. The Russian military leadership could not provide an adequate response to the low morale in the field, according to the Pentagon.

In the Donbass fields, Russia still returns to its favorite doctrine, according to Pentagon estimates: to exhaust the enemy with constant artillery bombardment and eliminate as many defending forces as possible, and only then sends ground forces to purge the last resistance. But in this cooperation, things go wrong: according to the Pentagon, artillery forces do not always communicate properly with ground forces, they simply make little or no progress on the ground. In addition, Russian warplanes still lack superior numbers over the front lines, allowing Ukraine to move its forces relatively freely behind the front.

This does not change the fact that dozens of villages and towns in the Donbass are constantly subjected to Russian artillery shelling. But the additional problem for the Russian forces is that Ukraine itself also has artillery and long-range weapons, and now more than before. This allows them to respond to Russian sites, as well as thanks to satellite information from the West. “The Ukrainians have defended this area for eight years, so they know that very well,” the Pentagon said. “So they are very good at operational maneuvers in this part of the country.”

Russia is also still hampered by the famous end rasputitsaMud season in Ukraine. As a result, a significant part of the Russian army’s column of vehicles would have to be confined to the constructed roads, making these supply routes vulnerable to Ukrainian attacks.

Just this morning, pictures emerged of the 54th Mechanized Brigade of the Ukrainian Army carrying out a successful artillery attack on a Russian convoy somewhere in Donetsk province. Dozens of armored military vehicles apparently drive unprotected on a road through fields, where dozens of missiles suddenly landed and several tanks and trucks were hit. The US Department of Defense (Pentagon) said yesterday: “We see how Russia is still struggling to resupply its forces.”

Meanwhile, Ukraine still receives every day planes full of new weapons. Of the 90 promised M777 heavy guns in the United States, “more than 85” were delivered, as well as 110,000 artillery shells. Thirteen planes loaded with weapons from seven different countries entered Ukraine within 24 hours yesterday. Meanwhile, more than 310 Ukrainian soldiers have completed their training to learn how to shoot heavy American howitzers. Yesterday the first soldiers started a two-week training course on the maintenance of weapons systems. 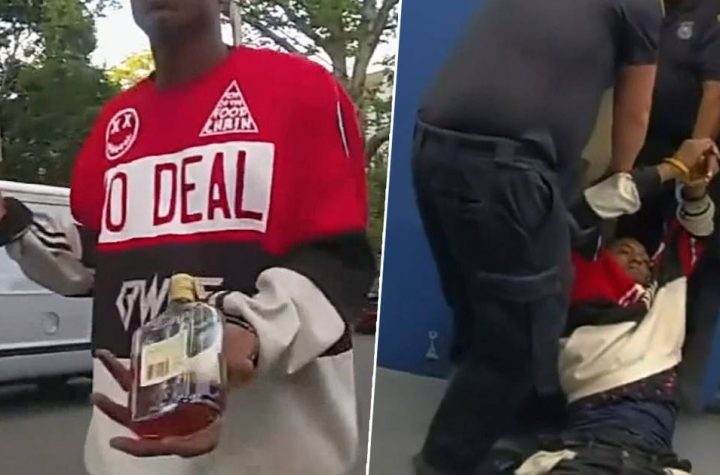