Israel and the United Arab Emirates are cooperating to raise their country’s flag on the moon by 2024. It is said that the contract will be signed today, when the two countries will sign The next step in cooperation After signing the Abraham Agreements. Jury Norter He is a well-known space expert space cowboy employment by Africast. He explains why the move is so important to both countries, but also to the Arab world.

Is this good news?

Joeri Nortier: “This is a really good step in the right direction for that part of the world. Of course it is also a stunt and this fits perfectly with Abraham’s agreements. But you can see that cooperation between countries can lead to very good science projects. The International Space Station is actually a collaboration between many different countries, and thus also between former arch-rivals the United States and Russia.”

“If you work together in other areas, such as military, economic or, for example, on a large infrastructure project, then a ‘second layer’ can be searched behind it. And then public opinion can look for a ‘bad thing’ behind it. With Collaborating between nations to continue exploring our solar system, this will become more and more difficult. Aside from the fact that it costs money, which is often recovered twice, you can’t really criticize that much.” 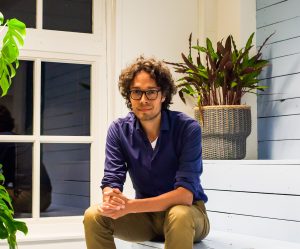 To what extent do Israel and the UAE actually have space experience?

Joeri Nortier: The UAE has a very interesting space program with some very challenging missions. Scientifically, the UAE is also much further away than Israel. For example, they recently launched a successful mission to Mars in cooperation with the United States and Japan. The UAE also announced that it plans to go to Venus in 2024, and manned missions to the International Space Station are also scheduled. These are all civilian assignments without a military background. It really is a huge ambition, the big countries in the space field also look at it with great admiration. “

Until recently, Israel did not have such a program. He focused mainly on military missions with a few small science missions here and there and the necessary communications satellites. For example, Israel has invested heavily in Earth observation satellites [Ofeq en EROS, red.] And they have their own rocket [Shavit. red.] It can put a few hundred kilograms into orbit around the Earth. The United Arab Emirates does not have the latter. Regarding human spaceflight, Israel often cooperated with the United States, but in the end only one person from Israel went into space [Ilan Ramon, red.]. At the beginning of next year, an Israeli millionaire will leave [Eytan Stibbe, red.] into space with a special SpaceX mission from Elon Musk.”

What will Jerusalem and Abu Dhabi do together now?

Joeri Nortier: “Both countries are now announcing cooperation on ‘Beresheet 2.’ Beresheet 1. During the final part of the mission in April 2019, when the washer-sized lunar lander was about to land, several problems prevented its speed from slowing significantly Enough and the craft crashed on the moon.”

The Beresheet 2 actually consists of two small craft and a mother ship. They also want to go to the other side of the moon. This is always more difficult, because you do not have direct contact with the ground. The mother ship must ensure communication with the land here. A lunar probe will likely make measurements and investigate the shadow side of the moon. So far, only China has managed to do so successfully.”

“I see Beresheet 2 as a test: can different industries work together and can this serve as a springboard for further tasks?”
-Joyere Norter, space expert

The word “calendar” is also used in communication. Personally, I think that the Jewish and Islamic calendar has nothing to do with this task. They make the calendar important because the moon has an important symbolic value in Judaism and Islam.”

What will they learn?

Joeri Nortier: “It’s hard to say. I also don’t know exactly what measurements these two probes will take on the lunar surface. Measurements on the moon’s surface, especially on the far side, have not been made often. The craving to extract new raw materials in the distant future may also play a role here. People will remain little locusts, when the earth runs out, we go to the moon.”

“Beresheet 1 had a ‘landing’ mission in its own right. Planning and creating a mission for another planet or moon is a goal in itself. I see Beresheet 2 as a test: Can different industries work together and can that serve as a springboard for more missions?”

Doesn’t Israel have enough problems to solve on Earth before it goes to space?

Joeri Nortier: “This is an argument that you hear often. But going into space is not just a hobby. Space exploration also leads to the development of your industry and your scientific strength. Also, you should not forget the tremendous symbolic value it can have, especially for young people. Certainly in the cooperation between an Arab country. And a Jewish state. If you see what it costs, that is, 100 million, I think it is definitely worth it.”

If you focus only on your own world, on your own place, you will not progress as a country. Sometimes you have to look beyond your own horizon.”