review | The DioField Chronicle – In the current gaming scene, there are an endless number of studios that provide us with our quota of games every month. One of the big players in this regard remains Square Enix, who have made it clear by divesting from their Western studios that they want to get back to what they’re good at. As a result, it is now raining many Final Fantasy titles and completely different RPGs. The DioField Chronicle is a standout here with its focus on strategic gameplay while trying to tell us a dark story with the development of the Middle Ages. If this sounds a little familiar to you, we’re not surprised. With the release of The DioField Chronicle on the gaming scene today, Square Enix already has one formidable competitor: itself.

The oldest story in the book

A conflict unfolds on a fictional continent where different empires have been able to live peacefully with each other for years. After bringing down the Rowetale Alliance, the Trovelt-Schoevian Empire advances and leaps into the Alletain Kingdom. Due to their mechanistic roots, a group of mercenaries called the Blue Foxes decided to put an end to this and protect their home world. The road is led by a group of four heroes, each with their own experience, be it magic, archery or confrontation on horseback. 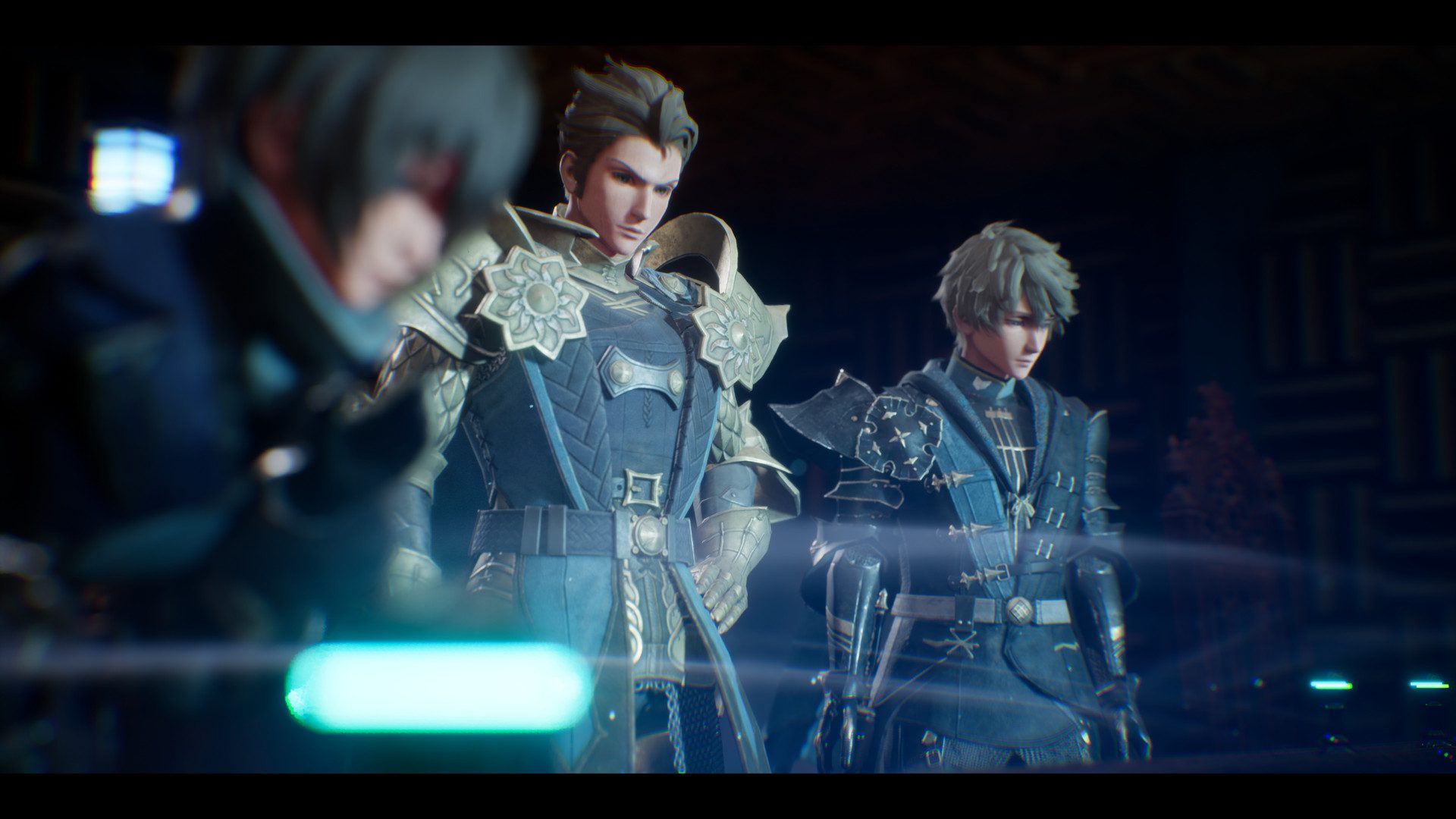 This story quickly reminds us of Fire Emblem: Three Houses, but also of various TV series that we’ve been able to follow in recent years. We also have similar stories in Square Enix games like Triangle Strategy, which were released earlier this year. DioField Chronicle is a collaboration between Square Enix and Lancarse. If the latter is not immediately familiar to you, we understand very well. The only other title in their repertoire that immediately rings the bell with us is Shin Megami Tensei: Strange Journey, a Nintendo DS game from over ten years ago.

from anything and everything

Basically, The DioField Chronicle plays as a strategy game with mixed RPG effects. The combat system is known as “Real-time Tactical Combat System”. In ordinary words, this means that you control your units in real time, make them engage in combat with opponents in your path, and then give specific commands during battle, such as defending or launching a more powerful attack. This system works properly and can provide a nice challenge at times, but in our opinion it doesn’t bring much new. 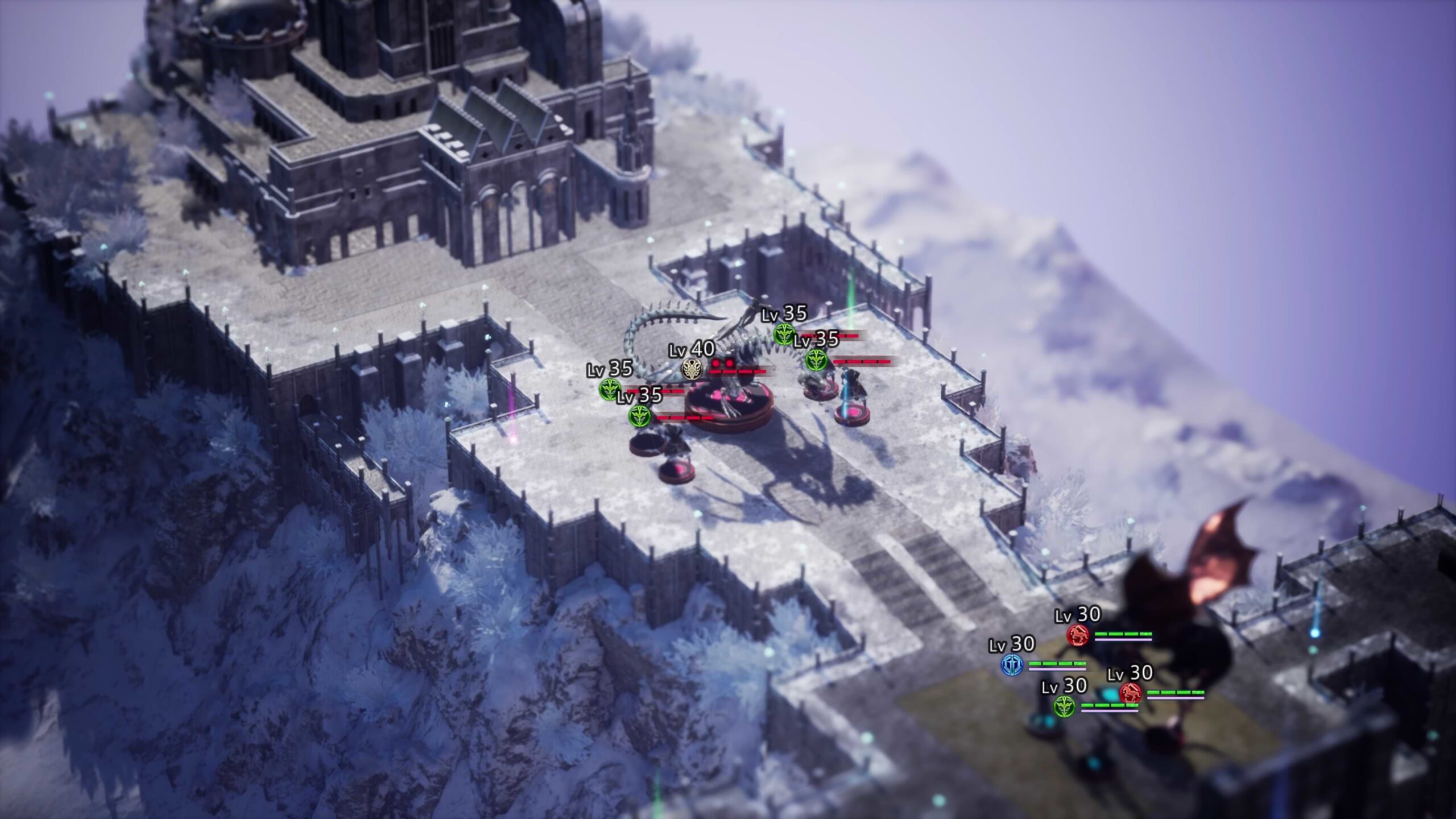 By completing missions, the heroes you take on the paths gain skill points that you can then spend to equip them with extra power. The basics are, of course, represented as more attack power, more lives, or new attacks to take advantage of. It’s a form of advancement that we’ve come to expect, yes, from Square Enix games in general in recent years. Admittedly it doesn’t do anything wrong and encourages you to keep playing, because that attack at the top of the skill points tree sounds really cool… but we’re working on the same tune again, only now the title The DioField event log on the home screen instead of Triangle Strategy or Octopath Traveler or even Tactics Ogre, which we can also expect a new part from later this year.

These skill points are spent in your HQ. In this mall, you can also shop for new weapons and armor and accept new missions. As far as we’re concerned, the hub feels a bit compelling, as its added value isn’t quite clear to us. It was also possible that spending skill points, shopping and accepting quests would have been well on the list and the position wasn’t really that interesting anymore. Empty corridors, dull spaces there is nothing to explore nor to add to the traditions of this world. In fact, we wanted to get out of it as quickly as possible, because the hub is definitely the ugliest part of the game. 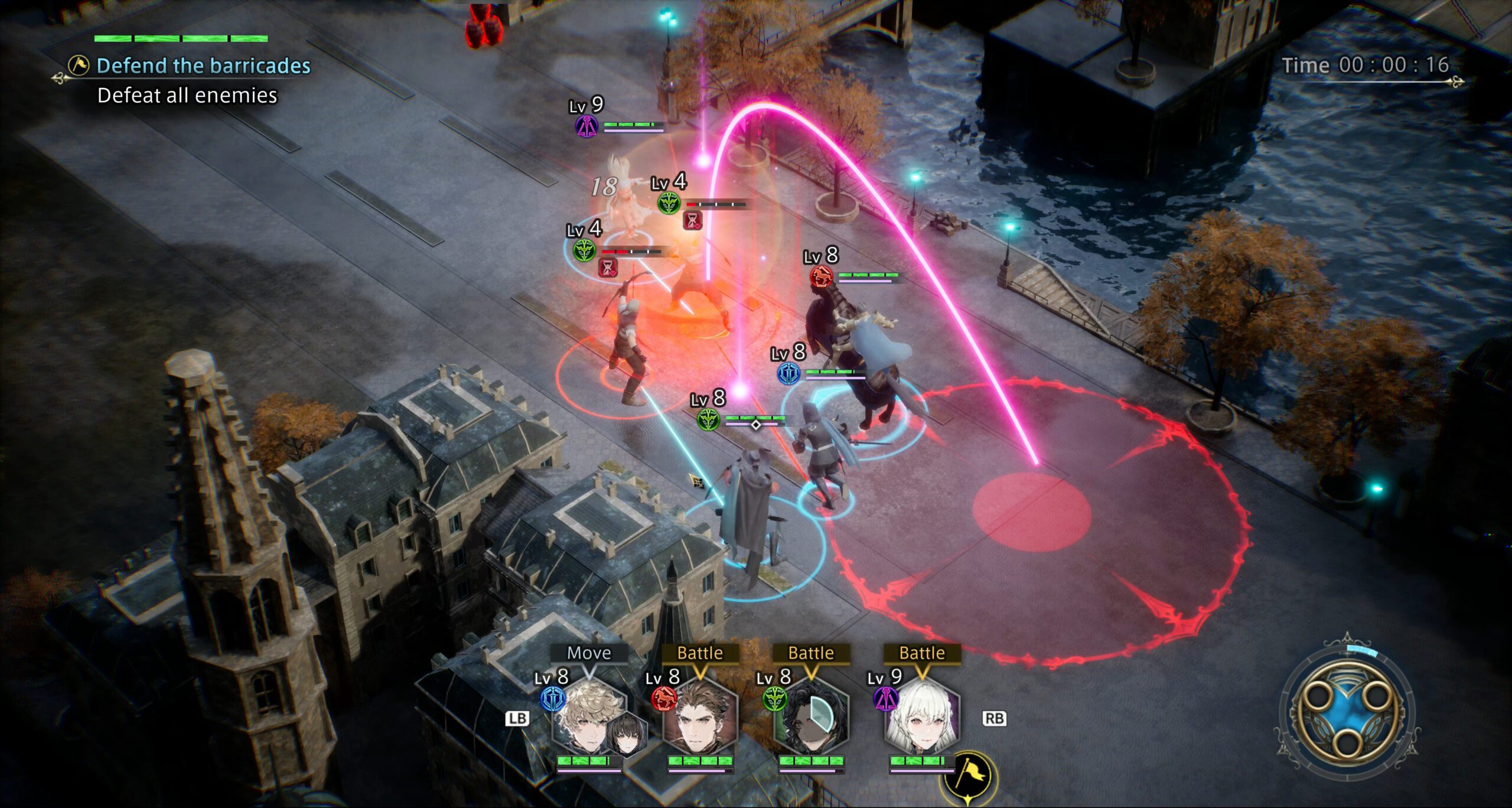 We played The DioField Chronicle on PC. Since you play strategy games better with mouse and keyboard, we tried that in the first place. However, mouse and keyboard turned out to be terrible options in this game. The way the mouse moves has that typical floating feeling you get when stick inputs are literally transferred to the mouse and standard keys don’t make any sense at all. Don’t want to use the enter key in the menu to confirm something? No, we seem to do that with the F test. In any case, the controller is a must.

Strategy games often benefit from a top-down perspective. Since the strategy game often conjures up several men at the same time, the models are of lower quality. This is not a bad thing, because The DioField Chronicle looks good and acceptable during missions. That changes as you go around the hub. Your character does not walk, but skates through the above-mentioned empty halls. Physics seem to be lacking in the center as is the color and the characters look like models in costume up close. It would have been nice to take the example in Fire Emblem: Three Houses, for example, where the center is clearly taken care of. 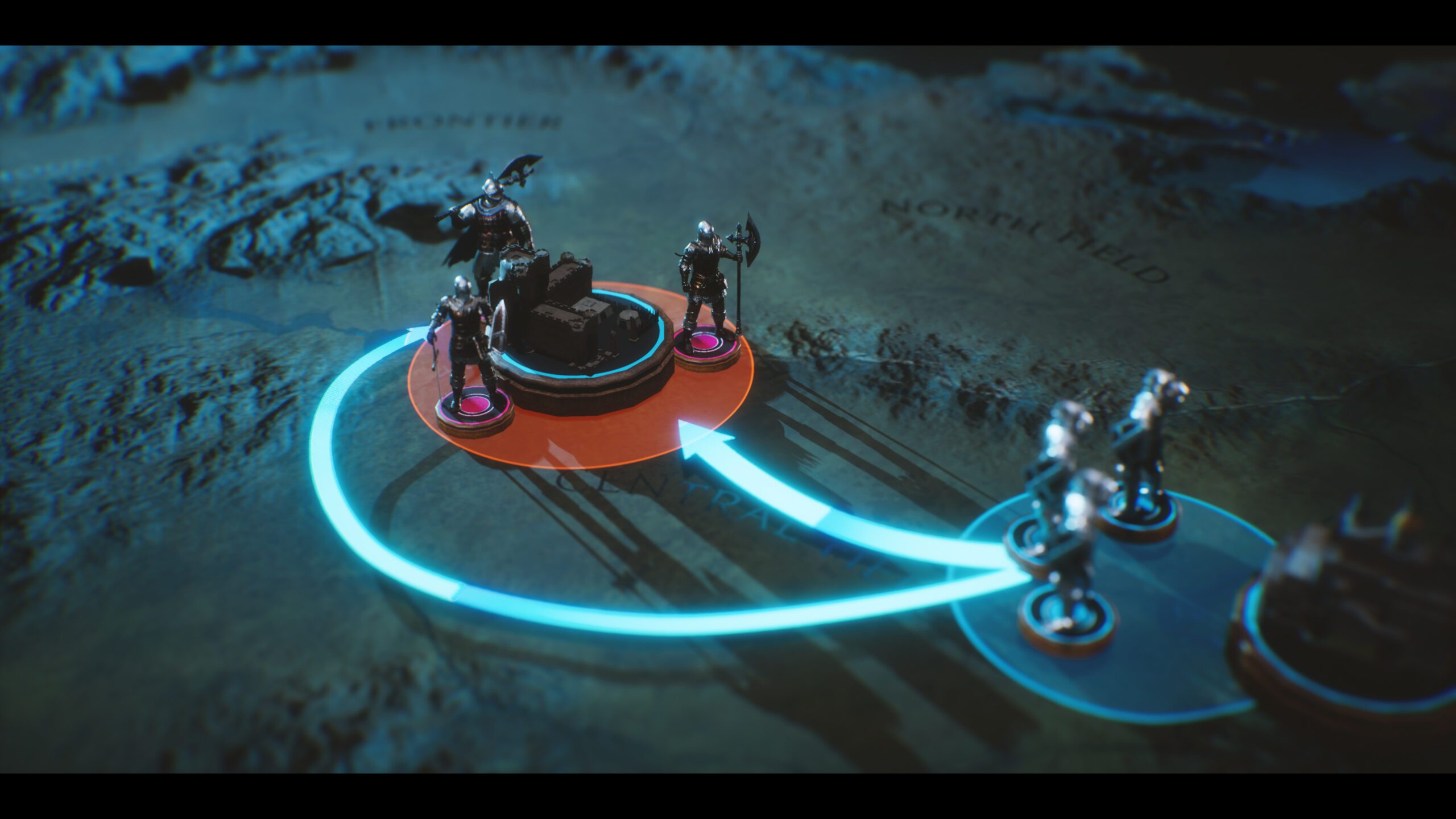 On the other hand, Square Enix has introduced the PC version with many modern conveniences. Wide range of options for textures, shades, and even FidelityFX Super Resolution. However, what made our jaws drop was the ray tracing option. Why?! In a game where detailed reflections and lighting come on their own, ray tracing is a great addition, but these features are missing from The DioField Chronicle. Anyway, we tested it. On the system we used (Ryzen 7 3700X, 32GB of RAM, Radeon 6900XT), the game ran everything at breakneck speeds above a hundred frames per second. With ray tracing enabled, which in our opinion doesn’t add much graphically, this is somewhere between sixty and eighty.

If DioField Chronicle excels at anything, it’s music. This is not surprising, because after some detective work we quickly saw that two composers who worked on Game of Thrones were to blame. Square Enix asked these composers to be somewhat funny, given that the story of The DioField Chronicle is very similar to that of Game of Thrones. The voice acting is good in Japanese, but not in English. Voices often sound more muffled than clear, as if the dialogue was recorded using a low-cost smartphone microphone.

With all this negativity, you would think we think DioField Chronicle is a terrible game. not that. We already mentioned in the introduction that the biggest competitor to this game is simply the publisher Square Enix itself. The DioField Chronicle doesn’t do anything new and hasn’t blown us out of our seats at any point. The whole game gives us a dominant “I was there, done that” feeling, but the examples we have in this article are not well finished. DioField Chronicle, apart from the soundtrack, is a very mediocre game. It might have worked as a downloadable game at a slightly lower price, but the full demand is definitely overkill.