Roccat has been around for years when it comes to gamers’ peripherals. In the mouse scene, they released the new Roccat Kone XP. This gaming mouse can be used by everyone and in every situation. We received a copy and did a mouse test. Do you want to know what we saw in it? Then read this review.

In 2007 Roccat released their first Kone mouse, and they’ve developed a few more since then, expanding their experience of what gamers are looking for in a mouse. With all this necessary expertise, or “experience,” they aptly named the new mouse in the Kone XP series. Unpacking, we find, in addition to the mouse itself, a quick start guide with some explanation and a bag with additional “feet” for the mouse. This allows you to replace the original items when they are damaged so that the mouse glides smoothly over the mat again. Kone XP is a wired mouse and comes with a strong braided USB cable. At first glance, the mouse looks elegant and elegant. This is partly due to the somewhat transparent top, so you can see the inside a bit, as it were. It’s also noticeable that there are more buttons than on many other mice, but more on that later.

Roccat Kone XP was developed primarily for gamers, and its precise Owl-eye gaming sensor is easy to use. The mouse supports up to 19,000 dpi and also has a Titan optical switch that records every click with precision and speed. In addition, the keys have a life cycle of one hundred million clicks. In use, the Kone XP feels comfortable in the hand. The shape is good and you can easily reach the buttons. The mouse also glides smoothly over the mat while gaming. For the eye, of course, the necessary RGB lights are integrated with which you can configure the mouse in almost any imaginable color. The illumination is done in a very special way by the transparent matte casing. 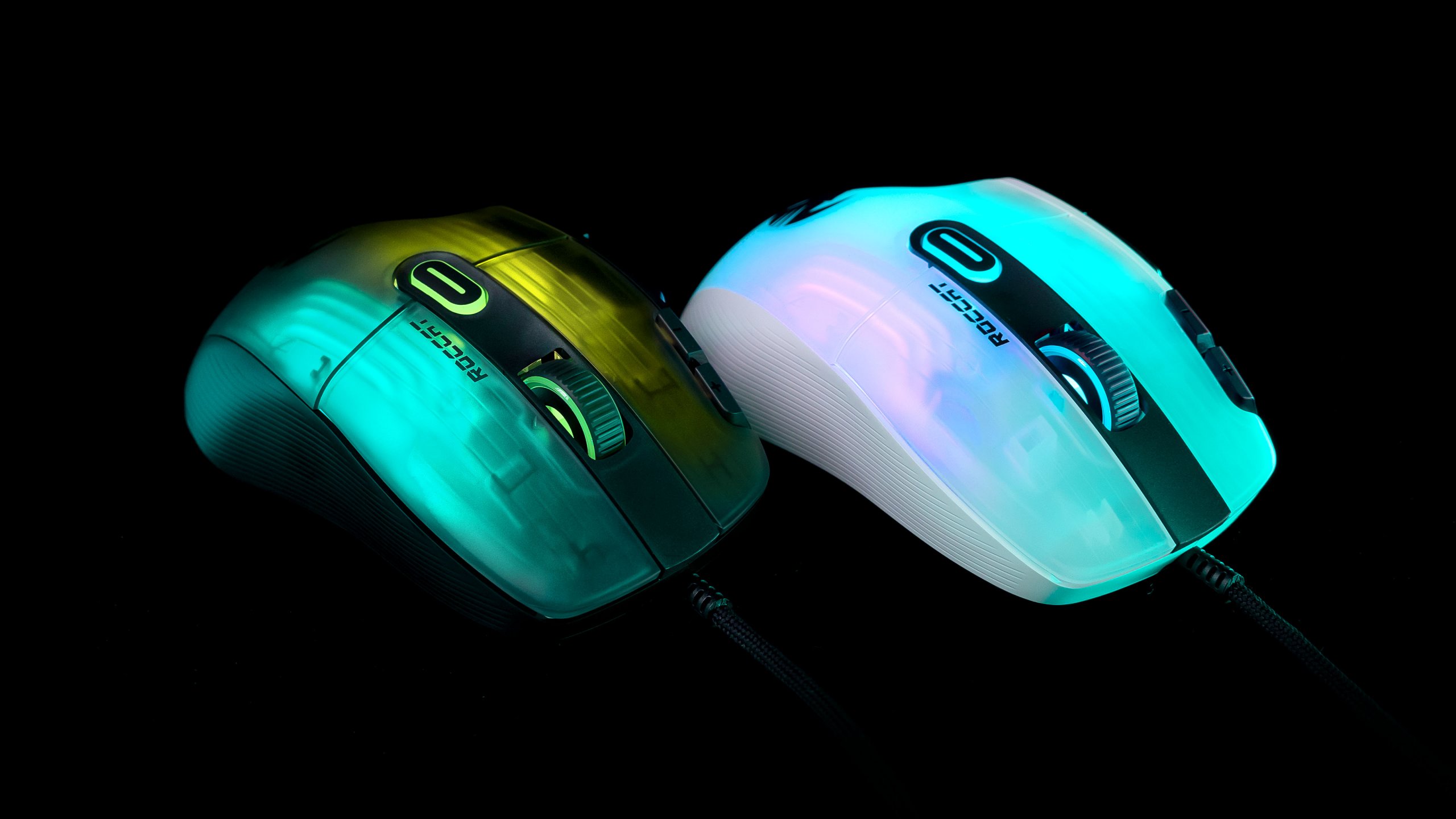 Unlike many other mice, Roccat Kone XP has some extra buttons. These are fully configurable, so you have the best setup for your game. There are five buttons on the thumb, as most gaming mice have only two. Four of them are above the thumb and the fifth is on the underside of the thumb. All buttons are easy to find by touch. In addition to the left mouse button, there are also two buttons with which you want to change the DPI setting fairly quickly, at least this is the standard function. In the middle of the mouse there is a button with which you can quickly switch between configured profiles. If you don’t have enough even with all these buttons, each button also has a second function. The head on the bottom near the thumb acts as a “shift button,” as it were. This button together with another button activates the second function. So you can come up with different profiles for almost every game.

The Roccat Kone XP is available at a suggested retail price of €89.99 and is available in black and white. For this price it is definitely not a bad buy.